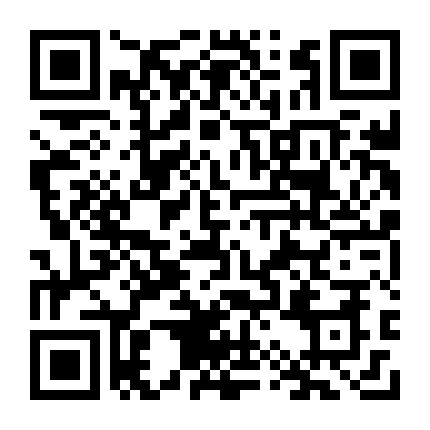 :One of the most damaging pathologies that affects the health of both soft and hard tissues around the tooth is periodontitis. Clinically, periodontal tissue destruction has been managed by an integrated approach involving elimination of injured tissues followed by regenerative strategies with bone substitutes and/or barrier membranes. Regrettably, a barrier membrane with predictable mechanical integrity and multifunctional therapeutic features has yet to be established. Herein, we report a fiber-reinforced hydrogel with unprecedented tunability in terms of mechanical competence and therapeutic features by integration of highly porous poly(ε-caprolactone) fibrous mesh(es) with well-controlled 3D architecture into bioactive amorphous magnesium phosphate-laden gelatin methacryloyl hydrogels. The presence of amorphous magnesium phosphate and PCL mesh in the hydrogel can control the mechanical properties and improve the osteogenic ability, opening a tremendous opportunity in guided bone regeneration (GBR). Results demonstrate that the presence of PCL meshes fabricated via melt electrowriting can delay hydrogel degradation preventing soft tissue invasion and providing the mechanical barrier to allow time for slower migrating progenitor cells to participate in bone regeneration due to their ability to differentiate into bone-forming cells. Altogether, our approach offers a platform technology for the development of the next-generation of GBR membranes with tunable mechanical and therapeutic properties to amplify bone regeneration in compromised sites.

METHODS:Purpose To determine outcomes of transphyseal ACL reconstruction using a living parental hamstring tendon allograft in a consecutive series of 100 children. Methods One hundred consecutive juveniles undergoing ACL reconstruction with a living parental hamstring allograft were recruited prospectively and reviewed 2 years after ACL reconstruction with IKDC Knee Ligament Evaluation, and KT1000 instrumented laxity testing. Skeletally immature participants obtained annual radiographs until skeletal maturity, and long leg alignment radiographs at 2 years. Radiographic Posterior tibial slope was recorded. Results Of 100 juveniles, the median age was 14 years (range 8–16) and 68% male. At surgery, 30 juveniles were graded Tanner 1 or 2, 21 were Tanner 3 and 49 were Tanner 4 or 5. There were no cases of iatrogenic physeal injury or leg length discrepancy on long leg radiographs at 2 years, despite a median increase in height of 8 cm. Twelve patients had an ACL graft rupture and 9 had a contralateral ACL injury. Of those without further ACL injury, 82% returned to competitive sports, IKDC ligament evaluation was normal in 52% and nearly normal in 48%. The median side to side difference on manual maximum testing with the KT1000 was 2 mm (range − 1 to 5). A radiographic PTS of 12° or more was observed in 49%. Conclusions ACL reconstruction in the juvenile with living parental hamstring tendon allograft is a viable procedure associated with excellent clinical stability, patient-reported outcomes and return to sport over 2 years. Further ACL injury to the reconstructed and the contralateral knee remains a significant risk, with identical prevalence observed between the reconstructed and contralateral ACL between 12 and 24 months after surgery. Level of evidence III (Cohort Study).

METHODS:Purpose The purpose of the study was to investigate the biomechanics of walking and of the knee joint in the acute phase of ACL injury. Methods We examined 18 patients with acute ACL injuries and 20 healthy adults as controls. The biomechanics of the knee joint and of walking was assessed by 5 inertial sensors fixed with special cuffs to the lower back, the lower third of the thigh, and the lower third of the shank of the right and left legs. The movements and temporal characteristics were recorded while the subject was walking 10 m at a comfortable pace. Based on the results of examination, the patients were divided into two groups: with severe function impairment (6 patients) and with moderate function impairment (12 patients). Results It was found that in the first days post-trauma, not only the knee function was reduced, but the function of the entire lower limb as well. This led to a functional asymmetry. The kinematics of movements in the joints changed in accordance with slower walking. The walking became not only slower, but it was also associated with a decreased impact load in the weight acceptance phase. At later dates, the functional impairments were less pronounced. The total range of flexion motion did not exceed 20 degrees in the first group and 55 degrees in the second one. The injured joint developed functional immobilization within the first days post-injury. This was a guarding response by additional muscle strain to prevent unusual and limit physiological movements in the knee joint. The movements in the knee joint while walking were of small amplitude, rocking, and occurred only under load. The amplitude of the main flexion in the swing phase was reduced. Conclusion The stage of an ACL injury should be assessed not only based on the time post-trauma, but also taking account of the functional parameter—the knee range of flexion while walking. According to our findings, the only factor that had influenced the functional condition of the KJ was the duration of joint immobilization after trauma.

METHODS:Purpose Numerous techniques have been described for the tibial-sided graft preparation in anterior cruciate ligament (ACL) reconstruction. The use of less suture material for graft preparation is thought to improve ingrowth and to reduce the risk for infection. At the same time, the suture construct should be strong enough to resist the surgeon’s pull during tensioning of the transplant. Methods In total, 39 fresh-frozen procine deep flexor tendons were used and prepared as four-strand grafts. In the three-suture group ( n  = 19), graft preparation was performed using three tibial-sided sutures, with each tendon end sutured separately. In the one-suture group ( n  = 20), a modified graft preparation using only one tibial-sided suture was applied. Each sample underwent load-to-failure testing ( N _max) after cyclic pre-loading. To estimate intraoperative tension forces acting on the tibial-sided suture constructs, the maximal tension force of 26 volunteers on such a construct was measured using a load cell. Results The biomechanical testing of the two different suture constructs showed a significantly higher load-to-failure for the three-suture group (711 N ± 91 N) compared to the one-suture group (347 N ± 24 N) ( p  = 0.0001). In both groups, the mode of failure was a tear of the suture in all samples. A failure of the suture–tendon interface was not observed in any case. The median maximal tension force on the construct applied by the 26 volunteers was 134 N (range 73–182 N). Conclusion The presented single-suture tendon graft preparation resisted to smaller failure loads than the conventional three-suture technique. However, no failures in the suture–tendon interface were seen and the failure loads observed were far beyond the tension forces that can be expected intraoperatively. Hence, the single-suture graft preparation technique may be a valuable alternative to the conventional technique.