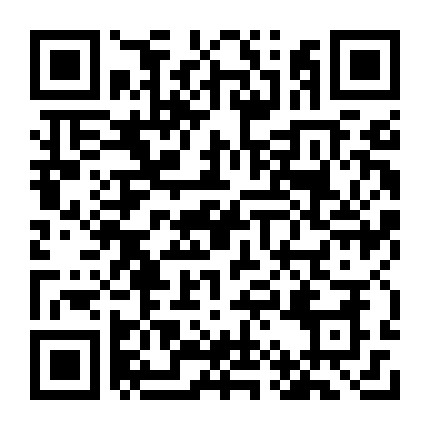 STUDY DESIGN:Retrospective comparative cohort study. OBJECTIVE:Assess the incidence, risk factors, and outcomes of recurrent proximal junctional kyphosis (r-PJK) in PJK revision patients. SUMMARY OF BACKGROUND DATA:Several studies have identified the incidence and risk factors for PJK after primary surgery. However, few studies have reported on PJK recurrence after revision for PJK. METHODS:A multicenter database of patients who underwent PJK revision surgery with minimum 2-year follow-up was analyzed. Demographic, operative, and radiographic outcomes were compared in patients with r-PJK and patients without recurrence no-Proximal Junctional Kyphosis (n-PJK). Postoperative Scoliosis Research Society-22r, Short Form-36, and Oswestry Disability Index were compared. Preoperative and most recent spinopelvic, cervical, and cervicothoracic radiographic parameters were compared. Univariate and multivariate analyses were used to determine r-PJK risk factors. A predictive model was formulated based on our logistic regression analysis. RESULTS:A total of 70 patients met the inclusion criteria with an average follow-up of 21.8 months. The mean age was 66.3 ± 9.4 and 80% of patients were women. Before revision, patients had a proximal junctional angle angle of -31.7° ± 15.9°. The rate of recurrent PJK was 44.3%. Logistic regression showed that pre-revision thoracic pelvic angle (odds ratio [OR]: 1.060 95% confidence interval [CI] 1.002; 1.121; P = 0.042) and prerevision C2-T3 sagittal vertical axis (SVA; OR: 1.040 95% CI [1.007; 1.073] P = 0.016) were independent predictors of r-PJK. Classification with these parameters yielded an accuracy of 72.7%, precision of 80.6%, and recall of 73.5%. When examining correction, or change in alignment with revision surgery, we found that change in SVA (OR: 0.981 95% CI [0.968; 0.994] P = 0.005) was the only predictor of r-PJK with accuracy of 66.7%, precision of 74.2%, and recall of 69.7%. CONCLUSION:Patients after PJK revision surgery had a recurrence rate of 44%. Logistic regression based on the prerevision variables showed that prerevision thoracic pelvic angle and prerevision C2-T3 SVA were independent predictors of r-PJK. LEVEL OF EVIDENCE:4.

METHODS:BACKGROUND:Primary treatment for Blount disease has changed in the last decade from osteotomies or staples to tension band plate (TBP)-guided hemiepiphysiodesis. However, implant-related issues have been frequently reported with Blount cases. The purpose of our study is to evaluate the surgical failure rates of TBP in Blount disease and characterize predictors for failure. METHODS:We performed an Institutional Review Board-approved retrospective chart-review of pediatric patients with Blount disease to evaluate the results of TBP from 2008 to 2017 and a systematic literature review. Blount cases defined as pathologic tibia-vara with HKA (hip-knee-ankle) axis and MDA (metaphyseal-diaphyseal angle) deviations ≥11 degrees were included in the analysis. Surgical failure was categorized as mechanical and functional failure. We studied both patient and implant-related characteristics and compared our results with a systematic review. RESULTS:In 61 limbs of 40 patients with mean follow-up of 38 months, we found 41% (25/61) overall surgical failure rate and 11% (7/61) mechanical failure rate corresponding to 11% to 100% (range) and 0% to 50% (range) in 8 other studies. Statistical comparison between our surgical failure and nonfailure groups showed significant differences in deformity (P=0.001), plate material (P=0.042), and obesity (P=0.044) in univariate analysis. The odds of surgical failure increased by 1.2 times with severe deformity and 5.9 times with titanium TBP in the multivariate analysis after individual risk-factor adjustment. All 7 mechanical failures involved breakage of cannulated screws on the metaphyseal side. CONCLUSIONS:Most of the studies have reported high failure rates of TBP in Blount cases. Besides patient-related risk factors like obesity and deformity, titanium TBP seems to be an independent risk factor for failure. Solid screws were protective for mechanical failure, but not for functional failure. In conclusion, efficacy of TBP still needs to be proven in Blount disease and implant design may warrant reassessment. LEVEL OF EVIDENCE:Level III-retrospective comparative study with a systematic review.