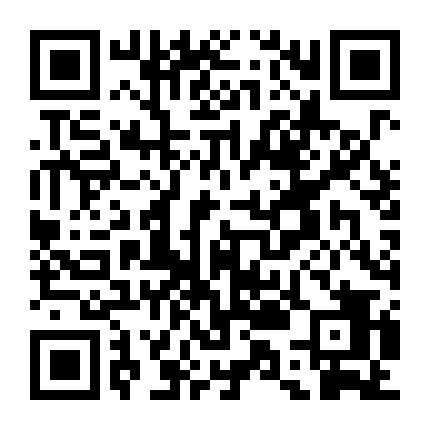 Predictors of change of health workers' knowledge and skills after the Helping Mothers Survive Bleeding after Birth (HMS BAB) in-facility training in Tanzania.

BACKGROUND:Our study aimed to assess the effect of Helping Mothers Survive Bleeding after Birth on knowledge and skills of health workers and whether such effect varies by health workers characteristics. METHODS:Nested in a cluster-randomised trial to assess the effect of the training on health outcomes, we assessed changes in knowledge and simulated skills in 61 facilities. The assessments were done i) before, ii) immediately-after training session and iii) at 10-month follow-up for subset of health-workers of implementation facilities as defined by the trial. We used a self-administered questionnaire and Objective Structures Clinical Examinations to assess three skill sets: Active Management of Third Stage of Labour, removal of retained placenta and management of severe postpartum haemorrhage. We computed summary statistics and used the paired t-test to assess change of knowledge and skills immediately post-training and at 10-month follow-up. Linear regression was done to assess association of scores and health worker characteristics. RESULTS:Of the 636 health workers included, 606 (96.7%) and 591 (91.4%) completed the knowledge and skills assessments, respectively. Majority of the participants (68%) were nurse-midwives. Knowledge scores increased by 15 percentage-points from 77.5% to 93% (95% CI 14.3, 16.3, p-value <0.000), and skills scores by 47 percentage-points (95% CI 46.5, 49.2, p-value <0.000) from 37.5% to 83%. There was a 4.0% decline of skills at 10-month follow-up. The decline was higher in auxiliary staff (-11.8%) and least in nurse-midwives (-2.1%) p-value <0.001. Health workers who assisted less than 5 deliveries in the last month, those who never attended postpartum haemorrhage in-service training and profession experience >8 years were associated with lower mean skill change immediately post-training. CONCLUSION:Our study supports the potential of the Helping Mothers Survive Bleeding after Birth training to increase knowledge and skills of postpartum haemorrhage among all professional groups. Auxiliary staff benefited most from the training but also showed higher skill decline at 10-month. Our study highlights the importance to disaggregate knowledge and skills by health workers characteristics.

METHODS::Objective: To investigate whether intact umbilical cord milking (I-UCM) can aggravate infection or result in other undesirable complications in preterm infants with premature prolonged rupture of membranes (PPROM).Methods: Neonates vaginally delivered between 28 and 37 weeks' gestation and complicated by PPROM before birth were randomly divided into two groups according to the cord clamping procedure: I-UCM before clamping and immediate cord clamping (ICC). Various parameters of the study participants were compared between the two groups.Results: Of 102 preterm infants, 48 and 54 were randomly allocated to the I-UCM and ICC groups, respectively. There were no significant differences between the two groups regarding hematological parameters (platelet count, white blood count, neutrophil ratio, and C-reactive protein) or neonatal outcomes (probable or certain neonatal infection, respiratory distress syndrome, necrotizing enterocolitis, and intraventricular hemorrhage) (p > .05). However, preterm neonates in the I-UCM group had higher serum hemoglobin and hematocrit levels (p < .05) and received fewer blood transfusions (p < .05) than those in the ICC group.Conclusion: Milking the umbilical cord to a preterm neonate with PPROM will not aggravate neonatal infection or result in other undesirable complications. This simple procedure will improve hemoglobin values and hematocrit levels and may lessen the need for transfusion during the neonatal period.

METHODS::Background: The mannose-binding lectin (MBL2) and nitric oxide synthase 3 (NOS3) genes are associated with the immune response against inflammatory processes, have been reported as possibly related with premature birth. Until now, most of the researches regarding the genetic influence of prematurity have revealed limited results because only investigating the child or the mothers' genotypes, thus not exploring the possible effects of interactions between these genotypes or the interactions with environmental factors related to the duration of pregnancy.Objective: We performed a replica study investigating the influence of single nucleotide polymorphisms (SNPs) in MBL2 and NOS3 genes on premature birth, also considering socioeconomic, demographic, and gestational factors.Materials and methods: We conducted a case-control study with 189 mother-infant dyads, with 104 spontaneous preterm births and 85 term births from Recife, Brazil. We used peripheral blood samples and umbilical cord samples to extract DNA. Functional SNPs at exon 1 and promoter region of MBL2 and NOS3 RS1799983 SNP were genotyped using direct sequencing and fluorescent allelic specific TaqMan® assays respectively. Data were analyzed using the Statistical Package for the Social Sciences (SPSS®) program with bivariate association and logistic multivariate regression tests.Results: We observed a prevalence of MBL2 wild-type genotype in the mother-infant dyad of the preterm group and polymorphic genotype in the mother-infant dyad of term birth. The haplotype LYA predominated in our sample, being more frequent in the preterm group, while the haplotype LYB, correlated with lower levels of MBL protein, was more frequent in the term birth group. About NOS3 RS1799983 SNP, the G/G genotype was more frequent throughout the sample. The heterozygous genotype predominated among women from the preterm group, showed a borderline difference between the groups. When MBL2 genotypes of the mother and son were analyzed together, codon 54 of MBL2 remained associated with prematurity. When the variables with p value lower than .20 in the bivariate analysis were analyzed by logistic regression, the low weight of the pregnant woman in relation to the gestational age, the occurrence of preterm premature rupture of membranes, urinary tract infection during birth and maternal history of other premature births were risk factors to prematurity. On the other hand, the presence of B allele at codon 54 of maternal MBL2 was a protective factor for the occurrence of spontaneous premature birth. In contrast, a borderline association was established between the maternal genetic variation within NOS3 gene and the outcome studied.Conclusions: Our study, limited by the small number of patients enrolled, indicates that MBL2 and NOS3 functional SNPs are associated with the occurrence of spontaneous prematurity and the regulation of the maternal inflammatory response. Despite these results are in agreement with previously reports, our findings do not replicate the ones reported in a large genome-wide association study performed on quite high number of subjects. Thus, we can conclude that MBL2 and NOS3 functional SNPs are plausible candidate risk factors just in few preterm birth cases, and consequently they cannot be included in the general diagnostic practice.