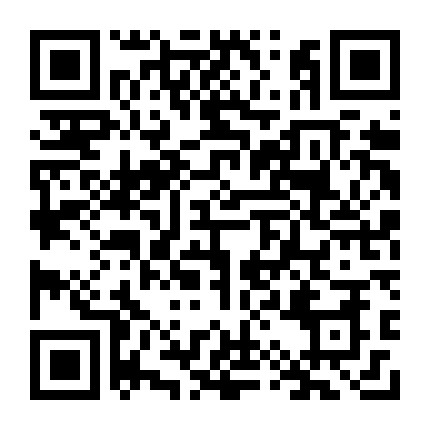 RATIONALE:Advanced stage ovarian cancer is rarely encountered in pregnant women, due to the high number of ultrasound imagistic studies performed during this period. The clinical course of patients diagnosed with advanced stage ovarian cancer is similar in pregnant and nonpregnant women. PATIENT CONCERNS:We present the case of a 27-year-old woman initially submitted to emergency surgery for ovarian cyst torsion in the ninth week of gestation, at that moment ovarian cystectomy being performed. DIAGNOSES:The histopathological studies demonstrated the presence of a moderately differentiated epithelial ovarian cancer. INTERVENTIONS:Although the interdisciplinary team decided for staging surgery followed by platinum-based chemotherapy beginning from the second trimester of pregnancy, both the patient and her family refused this strategy and opined for total hysterectomy en bloc with bilateral adnexectomy. Surprisingly, intraoperatively both ovaries had a tumoral aspect, whereas peritoneal carcinomatosis nodules were found in the Douglas pouch. Therefore, the neoplastic process was staged as a IIIC epithelial ovarian cancer, a total hysterectomy with bilateral adnexectomy, Douglas pouch peritonectomy, omentectomy, pelvic and para-aortic lymph node dissection being performed. OUTCOMES:The patient was discharged in the sixth postoperative day and was confined to the oncology service in order to be submitted to the standard taxanes and platinum based chemotherapy. LESSONS:Although ovarian cancer has been rarely reported during pregnancy, this diagnostic should be taken in consideration whenever persistent adnexal masses are encountered.

METHODS:BACKGROUND:The incidence of placenta accreta spectrum is rising. Management is most commonly with cesarean hysterectomy. These deliveries often are complicated by massive hemorrhage, urinary tract injury, and admission to the intensive care unit. Up to 60% of patients require transfusion of ≥4 units of packed red blood cells. There is also a significant risk of death of up to 7%. OBJECTIVE:The purpose of this study was to assess the outcomes of patients with antenatal diagnosis of placenta percreta that was managed with delayed hysterectomy as compared with those patients who underwent immediate cesarean hysterectomy. STUDY DESIGN:We performed a retrospective study of all patients with an antepartum diagnosis of placenta percreta at our large academic institution from January 1, 2012, to May 30, 2018. Patients were treated according to standard clinical practice that included scheduled cesarean delivery at 34-35 weeks gestation and intraoperative multidisciplinary decision-making regarding immediate vs delayed hysterectomy. In cases of delayed hysterectomy, the hysterotomy for cesarean birth used a fetal surgery technique to minimize blood loss, with a plan for hysterectomy 4-6 weeks after delivery. We collected data regarding demographics, maternal comorbidities, time to interval hysterectomy, blood loss, need for transfusion, occurrence of urinary tract injury and other maternal complications, and maternal and fetal mortality rates. Descriptive statistics were performed, and Wilcoxon rank-sum and chi-square tests were used as appropriate. RESULTS:We identified 49 patients with an antepartum diagnosis of placenta percreta who were treated at Vanderbilt University Medical Center during the specified period. Of these patients, 34 were confirmed to have severe placenta accreta spectrum, defined as increta or percreta at the time of delivery. Delayed hysterectomy was performed in 14 patients: 9 as scheduled and 5 before the scheduled date. Immediate cesarean hysterectomy was completed in 20 patients: 16 because of intraoperative assessment of resectability and 4 because of preoperative or intraoperative bleeding. The median (interquartile range) estimated blood loss at delayed hysterectomy of 750 mL (650-1450 mL) and the sum total for delivery and delayed hysterectomy of 1300 mL (70 -2150 mL) were significantly lower than the estimated blood loss at immediate hysterectomy of 3000 mL (2375-4250 mL; P<.01 and P=.037, respectively). The median (interquartile range) units of packed red blood cells that were transfused at delayed hysterectomy was 0 (0-2 units), which was significantly lower than units transfused at immediate cesarean hysterectomy (4 units [2-8.25 units]; P<.01). Nine of 20 patients (45%) required transfusion of ≥4 units of red blood cells at immediate cesarean hysterectomy, whereas only 2 of 14 patients (14.2%) required transfusion of ≥4 units of red blood cells at the time of delayed hysterectomy (P=.016). There was 1 maternal death in each group, which were incidences of 7% and 5% in the delayed and immediate hysterectomy patients, respectively. CONCLUSION:Delayed hysterectomy may represent a strategy for minimizing the degree of hemorrhage and need for massive blood transfusion in patients with an antenatal diagnosis of placenta percreta by allowing time for uterine blood flow to decrease and for the placenta to regress from surrounding structures.

METHODS:OBJECTIVE:To evaluate if the intraoperative human papillomavirus (IOP-HPV) test has the same prognostic value as the HPV test performed at 6 months after treatment of high-grade squamous intraepithelial lesion (HSIL) to predict treatment failure. DESIGN:Prospective cohort study. SETTING:Barcelona, Spain. POPULATION:A cohort of 216 women diagnosed with HSIL and treated with loop electrosurgical excision procedure (LEEP). METHODS:After LEEP, an HPV test was performed using the Hybrid Capture 2 system. If this was positive, genotyping was performed with the CLART HPV2 technique. The IOP-HPV test was compared with HPV test at 6 months and with surgical margins. MAIN OUTCOME MEASURE:Treatment failure. RESULTS:Recurrence rate of HSIL was 6%. There was a strong association between a positive IOP-HPV test, a positive 6-month HPV test, positive HPV 16 genotype, positive surgical margins and HSIL recurrence. Sensitivity, specificity, and positive and negative predictive values of the IOP-HPV test were 85.7, 80.8,24.0 and 98.8% and of the HPV test at 6 months were 76.9, 75.8, 17.2 and 98.0%. CONCLUSION:Intraoperative HPV test accurately predicts treatment failure in women with cervical intraepithelial neoplasia grade 2/3. This new approach may allow early identification of patients with recurrent disease, which will not delay the treatment. Genotyping could be useful in detecting high-risk patients. TWEETABLE ABSTRACT:IOP-HPV test accurately predicts treatment failure in women with CIN 2/3.