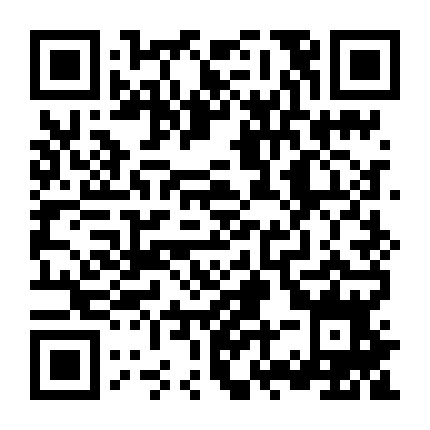 :Objective: To examine lymphoma subtypes, clinical characteristics, and gender differences in patients with primary Sjögren's syndrome (pSS) and lymphoma in a population-based setting.Method: Patients with Sjögren's syndrome and lymphoma diagnoses were identified by linkage of the Swedish Patient Register 1964-2007 with the Cancer Register 1990-2007. Clinical data were collected from medical records and lymphoma tissues were re-examined. The lymphoma subtype distribution was compared with the Swedish Lymphoma Register.Results: We identified 105 pSS patients with lymphoma. Diffuse large B-cell lymphoma (DLBCL) (32%) and marginal zone lymphoma [MZL including mucosa-associated lymphoid tissue (MALT) lymphoma] (31%) were the most common lymphoma subtypes. The proportion of DLBCL was not increased compared to the general population reference (32%, p = 1), in contrast to MZL (general population 5%, p < 0.0001). Compared to DLBCL, MALT lymphoma was diagnosed at a younger age (55 vs 67 years, p = 0.0001), and earlier after patient-reported sicca onset (7 vs 18 years, p = 0.0001) and pSS diagnosis (2 vs 9 years, p = 0.0005). Sixteen of the pSS-lymphoma cases were men (15%), twice the proportion in general pSS populations. Compared to women, men had a shorter median time from pSS diagnosis to lymphoma diagnosis (1 vs 8 years, p = 0.0003) and more often had lymphoma in the salivary glands (56% vs 29%, p = 0.04).Conclusion: DLBCL and MZL are common in pSS patients, but only MZL/MALT lymphoma occurs at an increased relative frequency in pSS compared to the general population. The study supports increased awareness of signs of lymphoma in men in the first years after pSS diagnosis.

METHODS::Fanconi anemia (FA) is a recessive disorder that predispose to bone marrow failure and multiple congenital anomalies in affected individuals worldwide. To date, 22 FA genes are known to harbor sequence variations in disease phenotype. Among these, mutations in the FANCA gene are associated with 60% to 70% of FA cases. The aim of the present study was to screen FA cases belonging to consanguineous Pakistani families for selected exons of FANCA gene which are known mutational hotspots for Asian populations. Blood samples were collected from 20 FA cases and 20 controls. RNA was extracted and cDNA was synthesized from blood samples of cases. DNA was extracted from blood samples of cases and ethnically matched healthy controls. Sanger's sequencing of the nine selected exons of FANCA gene in FA cases revealed 19 genetic alterations of which 15 were single nucleotide variants, three were insertions and one was microdeletion. Of the total 19 sequence changes, 13 were novel and six were previously reported. All identified variants were evaluated by computational programs including SIFT, PolyPhen-2 and Mutation taster. Seven out of 20 analyzed patients were carrying homozygous novel sequence variations, predicted to be associated with FA. These disease associated novel variants were not detected in ethnically matched controls and depict genetic heterogeneity of disease.

METHODS::In type 3 von Willebrand disease (VWD3), the most severe form with absent von Willebrand factor (VWF), the bleeding phenotype is variable. Platelet contribution to the hemostatic defect in VWD3 calls upon further studies. We investigated the contribution of platelets to in vitro thrombin generation (TG) and platelet procoagulant activity in VWD3. TG was assessed by calibrated automated thrombogram (CAT) in platelet-poor (PPP) and -rich plasma (PRP) from 9 patients before and in 6 patients also 30 min after receiving their regular VWF therapy. Responsiveness of PPP to FVIII and protein S was also investigated. TG data were compared with routine laboratory variables, rotational thromboelastometry (ROTEM) and platelet expression of P-selectin and phosphatidylserine in flow cytometry. Compared with healthy controls, TG was markedly decreased in VWD3 PPP (peak thrombin was 16% of normal median), but not in PRP (77% of normal median) (p = 0.002). Six out of nine patients (67%) were high responders in their platelet P-selectin, and 5/9 (56%) in phosphatidylserine expression. Replacement therapy improved TG in PPP, while in PRP TG only modestly increased or was unaffected. In PPP, FVIII levels associated with TG and in vitro FVIII-supplemented TG inclined up to threefold. Conversely, a FVIII inhibitory antibody reduced plasma TG in all, but especially in patients with remnant FVIII levels. Inhibition of protein S improved plasma TG, particularly at low FVIII levels. ROTEM failed to detect VWD3.In VWD3, TG is reduced in PPP and regulated by FVIII and protein S, but TG is close to normal in PRP. VWD3 platelets seem to compensate for the FVIII-associated reduction in TG by their exposure of P-selectin and phosphatidylserine.