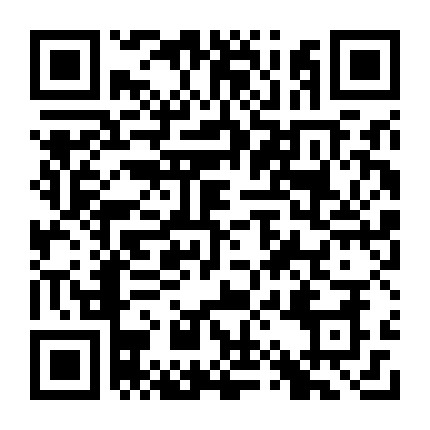 :Our purpose is to provide the results of a prospective study evaluating prostate-specific membrane antigen-targeted 18F-DCFPyL (2-(3-{1-carboxy-5-[(6-18F-fluoro-pyridine-3-carbonyl)-amino]-pentyl}-ureido)-pentanedioic acid) PET/CT in patients with biochemical failure after radical prostatectomy for prostate cancer (PCa). Methods: Thirty-one patients with postprostatectomy serum prostate-specific antigen (PSA) levels of at least 0.2 ng/mL and negative conventional imaging results were enrolled in this study and imaged with 18F-DCFPyL PET/CT. A consensus central review identified foci of radiotracer uptake consistent with sites of PCa. Descriptive statistics were used. Results: Twenty-one patients (67.7%) had at least 1 finding on 18F-DCFPyL PET/CT consistent with a site of PCa. Imaging was positive in 59.1% of patients with a PSA level of less than 1.0 ng/mL and in 88.9% of patients with a PSA level of more than 1.0 ng/mL. The median SUVmax across all lesions was 11.6 (range, 1.5-57.6). Conclusion: In this prospective study using the prostate-specific membrane antigen-targeted PET agent 18F-DCFPyL, most patients with biochemical failure after radical prostatectomy had foci of suggestive uptake, even at low serum PSA levels.

METHODS::Veterinary educators use models to allow repetitive practice of surgical skills leading to clinical competence. Canine castration is a commonly performed procedure that is considered a Day One competency for a veterinarian. In this study, we sought to create and evaluate a canine pre-scrotal closed castration model and grading rubric using a validation framework of content evidence, internal structure evidence, and relationship with other variables. Veterinarians (n = 8) and students (n = 32) were recorded while they performed a castration on the model and provided survey feedback. A subset of the students (n = 7) then performed a live canine castration, and their scores were compared with their model scores. One hundred percent of the veterinarians and 91% of the students reported that the model was helpful in training for canine castration. They highlighted several areas for continued improvement. Veterinarians' model performance scores were significantly higher than students', indicating that the model had adequate features to differentiate expert from novice performance. Students' performance on the model strongly correlated with their performance of live castration (r = .82). Surgical time was also strongly correlated (r = .70). The internal consistency of model and live rubric scores were good at .85 and .94, respectively. The framework supported validation of the model and rubric. The canine castration model facilitated cost-efficient practice in a safe environment in which students received instructor feedback and learned through experience without the risk of negatively affecting a patient's well-being. The strong correlation between model and live animal performance scores suggests that the model could be useful for mastery learning.

METHODS:PURPOSE:To investigate whether hexaminolevulinate-based (HAL) bladder tumor resection (TURBT) impacts on outcomes of patients with primary non-muscle-invasive bladder cancer (NMIBC) who were eventually treated with radical cystectomy (RC). METHODS:A total of 131 consecutive patients exhibiting NMIBC at primary diagnosis were retrospectively investigated whether they had undergone any HAL-guided TURBT prior to RC. Uni- and multivariable analyses were used to evaluate the impact of HAL-TURBT on cancer-specific (CSS) and overall survival (OS). The median follow-up was 38 months (IQR 13-56). RESULTS:Of the 131 patients, 69 (52.7%) were managed with HAL- and 62 (47.3%) with white light (WL)-TURBT only prior to RC. HAL-TURBT was associated with a higher number of TURBTs prior to RC (p = 0.002) and administration of intravesical chemotherapy (p = 0.043). A trend towards a higher rate of tumor-associated immune cell infiltrates in RC specimens (p = 0.07) and a lower utilization rate of post-operative systemic chemotherapy (p = 0.10) was noted for patients who were treated with HAL-TURBT. The 5-year CSS/OS was 90.9%/74.5% for the HAL-group and 73.8%/55.8% for the WL-group (p = 0.042/0.038). In multivariable analysis, lymph node tumor involvement (p = 0.007), positive surgical margins (p = 0.001) and performance of WL-TURBT only (p = 0.040) were independent predictors for cancer-specific death. CONCLUSIONS:The present data suggest that the resection of NMIBC under HAL exerts a beneficial impact on outcomes of patients who will need to undergo RC during their course of disease. This finding may be due to improved risk stratification as the resection under HAL may allow more patients to be treated timely and adequately.