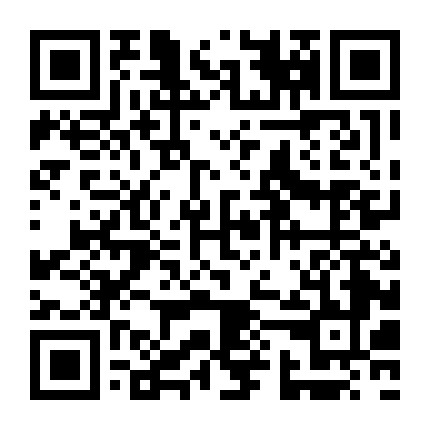 :The severe acute respiratory syndrome coronavirus 2 (SARS‑CoV‑2) is a novel β coronavirus that is the etiological agent of the pandemic coronavirus disease 2019 (COVID‑19) that at the time of writing (June 16, 2020) has infected almost 6 million people with some 450,000 deaths. These numbers are still rising daily. Most (some 80%) cases of COVID‑19 infection are asymptomatic, a substantial number of cases (15%) require hospitalization and an additional fraction of patients (5%) need recovery in intensive care units. Mortality for COVID‑19 infection appears to occur globally between 0.1 and 0.5% of infected patients although the frequency of lethality is significantly augmented in the elderly and in patients with other comorbidities. The development of acute respiratory distress syndrome and episodes of thromboembolism that may lead to disseminated intravascular coagulation (DIC) represent the primary causes of lethality during COVID‑19 infection. Increasing evidence suggests that thrombotic diathesis is due to multiple derangements of the coagulation system including marked elevation of D‑dimer that correlate negatively with survival. We propose here that the thromboembolic events and eventually the development of DIC provoked by SARS‑CoV‑2 infection may represent a secondary anti‑phospholipid antibody syndrome (APS). We will apply both Baconian inductivism and Cartesian deductivism to prove that secondary APS is likely responsible for coagulopathy during the course of COVID‑19 infection. Diagnostic and therapeutic implications of this are also discussed.

METHODS::Vancomycin (VCM) has been reported to elicit adverse cutaneous drug reactions. However, VCM-associated purpuric drug eruption has not been reported yet, except leukocytoclastic vasculitis. A 16-year-old Japanese girl was admitted with a respiratory infection. We initiated intravenous administration of VCM. After the start of treatment, impalpable purpuric eruption appeared on her trunk. The eruption gradually extended to her neck, legs, and arms. Skin biopsy showed vasculitis with lymphocyte infiltration in the superficial dermis. A drug lymphocyte stimulation test yielded positive results for VCM. Her cutaneous symptoms rapidly reversed after the withdrawal of VCM. To the best of our knowledge, this is the first reported case of VCM-associated purpuric drug eruption, which differs from leukocytoclastic vasculitis. We recommend that VCM-associated purpuric drug eruption should be considered in the differential diagnosis during the administration of VCM, and a drug lymphocyte stimulation test may be useful for assessment of pathogenesis.

METHODS::The cardinal biological role of vitamin K is to act as cofactor for the carboxylation of a number of vitamin K-dependent proteins, some of which are essential for coagulation, bone formation and prevention of vascular calcification. Functional vitamin K deficiency is common and severe among dialysis patients and has garnered attention as a modifiable risk factor in this population. However, no single biochemical parameter can adequately assess vitamin K status. For each biological function of vitamin K, the degree of carboxylation of the relevant vitamin K-dependent protein most accurately reflects vitamin K status. Dephosphorylated uncarboxylated matrix Gla protein (dp-ucMGP) is the best biomarker for vascular vitamin K status when cardiovascular endpoints are studied. Dp-ucMGP levels are severely elevated in haemodialysis patients and correlate with markers of vascular calcification and mortality in some but not all studies. The aetiology of vitamin K deficiency in haemodialysis is multifactorial, including deficient intake, uraemic inhibition of the vitamin K cycle and possibly interference of vitamin K absorption by phosphate binders. The optimal vitamin K species, dose and duration of supplementation to correct vitamin K status in dialysis patients are unknown. Dp-ucMGP levels dose-proportionally decrease with supraphysiological vitamin K2 supplementation, but do not normalize even with the highest doses. In the general population, long-term vitamin K1 or K2 supplementation has beneficial effects on cardiovascular disease, bone density and fracture risk, and insulin resistance, although some studies reported negative results. In haemodialysis patients, several trials on the effects of vitamin K on surrogate markers of vascular calcification are currently ongoing.

METHODS::Immune thrombocytopenia (ITP) is an autoimmune disease with a mild to severe risk of bleeding complications. First line treatment includes corticosteroids, immunoglobulins, or other. In this large cohort study, first-line strategies for treatment-naive adult primary ITP was studied in a real-world setting. Records from all adult ITP patients who received first-line treatment between January 2010 and December 2017 at Qilu Hospital were reviewed retrospectively (n = 699). During the study period, 271 patients were treated with high-dose dexamethasone (HDD) and 289 patients were treated with conventional prednisone (alone or in combination with other drugs). Initial responses were similar for the two groups (88.56% vs. 86.51%, P = 0.462), but patients in the HDD group responded earlier than the prednisone group (3 days vs. 5 days, P < 0.001). The sustained response (SR) at 6 months was lower in the HDD group than in the prednisone group (35.4% vs. 47.1%, P = 0.040). However, the SR at 12 months and at the end of our follow-up were not significantly different between the groups. Overall duration of response (DOR) in the prednisone group was longer than in the HDD group throughout the follow-up period (P = 0.007). However, the incidence of SR and overall DOR were not significantly different between the HDD group and the prednisone 3 months group (prednisone terminated within 3 months). The presence of anti-GPIb-IX autoantibodies was a predictive factor for a poor initial response to corticosteroids therapy (P < 0.05). However, neither of the two antiplatelet autoantibodies were correlated with the opportunity to achieve SR and overall DOR in both groups throughout the follow-up period (P > 0.05). Adverse events were more frequent and long-lasting in the prednisone group. Our study showed that HDD provided an effective and more rapid response as initial treatment of ITP, with comparable long-term prognosis and better tolerance when compared with conventional PDN (less than 3 months) in the real-world setting.