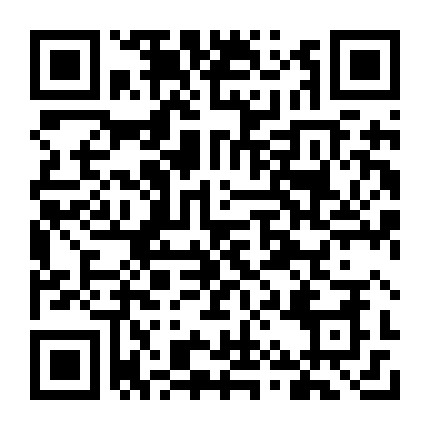 The effectiveness and safety of acupuncture for allergic rhinitis: Protocol for an overview of systematic reviews and meta-analyses.

BACKGROUND:Allergic rhinitis (AR) is one of the most common allergic disorders globally. Several systematic reviews and meta-analyses have reported the effectiveness of acupuncture for patients with AR. However, the evidence has not been systematically synthesized. This overview aims to map, synthesize, and assess the reliability of evidence generated from these systematic reviews (SRs) and meta-analyses of acupuncture for AR. METHODS:A Comprehensive literature search will be conducted through the PubMed, Embase, the Cochrane Library of Systematic Reviews, the China National Knowledge Infrastructure Database, Wanfang Database, Chinese Biomedical Literature Database, and Chinese Scientific Journal Database from inception until January 2020. Additionally, the PROSPERO database and the reference list of included studies will be searched for unpublished, ongoing, or recently completed SRs and meta-analyses. The reviewers will identify reviews independently and extract data according to the methodological guidelines for overviews provided by the Cochrane Collaboration. The risk of bias will be assessed based on the Risk of Bias in Systematic Reviews. The methodological and reporting quality of the included reviews will be assessed using the Assessing the Methodological Quality of Systematic Reviews (V.2) tool and the Preferred Reporting Items for Systematic Review and Meta-Analyses statement. The outcomes of interest include total nasal symptom score, rhinoconjunctivitis quality-of-life questionnaire, immunoglobulin E, visual analog scale, laboratory examination, and side effects. The quality of evidence of outcomes will be evaluated using the Grading of Recommendations Assessment, Development and Evaluation. The evidence will be synthesized where appropriate based on patient subgroups and outcomes. ETHICS AND DISSEMINATION:Ethical approval is not required for overviews. We plan to publish results in peer-reviewed journals and present at international and national academic, clinical, and patient conferences. RESULTS:The results will be published in a peer-reviewed journal. CONCLUSION:This overview will provide comprehensive evidence of acupuncture for patients with AR. PROSPERO REGISTRATION NUMBER:CRD42019140756.

METHODS:BACKGROUND:Allergic rhinitis (AR) and asthma are two common chronic diseases that often coexist. There is a need for a validated tool to evaluate HRQoL of Portuguese speakers with asthma and/or rhinitis patients in clinical practice. OBJECTIVES:To adapt and validate RhinAsthma Patient Perspective (RAPP) in Portuguese. METHODS:The RAPP questionnaire was translated into Portuguese. Asthmatics with comorbidities and rhinitis attending the allergy department of Coimbra University Hospital were asked to complete the Portuguese translation of RAPP, in addition to the SF-12, ACT, and a Symptomatologic VAS twice, with a 4-week interval between visits. During Visit 2, a Global Rating Scale (GRS) was completed to assess any change in health status. Scale dimensions, internal consistency and convergent validity, reliability, discriminant ability and responsiveness to change, as well as Minimal Clinical Difference were assessed. RESULTS:Factor and confirmatory analysis confirm the unidimensional structure of the questionnaire. Internal consistency has been shown to be satisfactory (0.82 visit 1 and 0.86 at visit 2). The tool is able to discriminate between patients on the basis of asthma severity, asthma control level, and rhinitis severity; convergent validity showed a significant correlation with SF-2 Physical component (r=-0.46 and 0.42, p at Visits 1 and 2). An ICC of 0.97 and a CCC=0.94 indicate that the tool is highly reliable. Responsiveness was shown in detecting a significant association with GRS changes (r=0.41, p<0.01) and ACT (r=-0.47, p<0.01) but not with VAS. (r=.14, n.s.). MID value was 2 points. CONCLUSIONS:The Portuguese version of RAPP has been demonstrated to have good measurement properties and sensitivity to health changes, which will provide a valid, reliable and standardized HRQoL measurement in patients with asthma and comorbid allergic rhinitis in clinical practice.

METHODS:OBJECTIVE:To characterize treatment delays in sinonasal cancer managed with surgery and adjuvant radiation and determine the associated impact on survival. STUDY DESIGN:Retrospective cohort study. METHODS:We identified adults in the National Cancer Database treated for sinonasal squamous cell carcinoma with definitive surgery followed by adjuvant radiation from 2004 to 2014. We then examined intervals of diagnosis to surgery (DTS), surgery to radiation (SRT), and radiation duration (RTD). Next, we performed recursive partitioning analysis (RPA) to identify thresholds for these treatment intervals that estimated the greatest differences in survival. We determined the association of treatment delay with overall survival using Cox proportional hazards regression. RESULTS:Among 2,267 patients included, median durations of DTS, SRT, and RTD were 32, 49, and 47 days, respectively. Predictors of treatment delay included care transitions, black race, and Medicare insurance. We identified thresholds of 26, 64, and 51 days for DTS, SRT, and RTD, respectively, as estimating the largest survival differences. Delays in SRT (hazard ratio [HR] 1.20; 95% confidence interval [CI], 1.03-1.40), and RTD (HR, 1.27; 95% CI, 1.10-1.46) beyond these thresholds independently predicted mortality. Delay in DTS beyond the RPA-derived threshold was not significantly associated with mortality after adjusting for other covariates. CONCLUSION:Delays in SRT and RTD intervals are associated with decreased overall survival. Median durations may serve as national benchmarks. Treatment delays could be considered quality indicators for sinonasal cancer treated with surgery and adjuvant radiation. LEVEL OF EVIDENCE:NA Laryngoscope, 130:2-11, 2020.