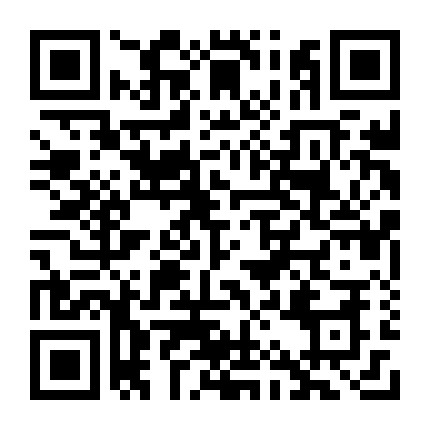 OBJECTIVES:Minimally invasive surgery provides an ideal method for pathologic diagnosis and curative intent of small pulmonary nodules (SPNs); however, the main problem with thoracoscopic resection is the difficulty in locating the nodules. The goal of this study was to determine the safety and feasibility of a new localization technique tailored for SPNs. METHODS:A computed tomography (CT)-guided technique, which has a tri-colored suture and claw with 4 fishhook-shaped hooks, was designed to localize SPN preoperatively. Then a multicenter, prospective study was conducted to evaluate the safety and feasibility of this device. The primary endpoints included safety (asymptomatic/symptomatic pneumothorax or parenchymal hemorrhage, and unanticipated adverse effects) and success rate (precise placement and device fracture, displacement, or dislodgement). The secondary endpoints included feasibility (duration of the localization procedure and device fracture or fault) and patient comfort (pain). RESULTS:A total of 90 SPNs were localized from 80 patients. Overall, no symptomatic complications requiring medical intervention, with the exception of asymptomatic pneumothorax (n = 7 [7.8%]) and lung hemorrhages (n = 5 [5.6%]), were observed. The device was successfully placed without dislodgment or movement in 87 of 90 lesions (96.7%). The median nodule size was 0.70 cm (range, 0.30-1.0 cm). The median duration of the procedure was 15 minutes (range, 7-36 minutes). No patient complained of notable pain during or after the procedure. CONCLUSIONS:This new device for SPNs is safe, and has a high success rate, feasibility and good tolerance.

METHODS:BACKGROUND:The most common sites of malignant mesothelioma are the pleura and peritoneum, but little is known about the incidence, prognosis, or treatment of patients with disease in both cavities. Previous series suggest that multimodality treatment improves overall survival for pleural or peritoneal disease, but studies typically exclude patients with disease in both cavities. Despite limitations, this investigation is the only study to broadly examine outcomes for patients with malignant mesothelioma in both the pleural and peritoneal cavities. METHODS:This study retrospectively examined 50 patients with both pleural and peritoneal mesothelioma treated with the intent to prolong survival. The primary end point was overall survival from the initial operative intervention. RESULTS:The median overall survival was 33.9 months from the initial intervention. Female gender and intraperitoneal dwell chemotherapy were independent predictors of overall survival. Within 1 year after the initial diagnosis, second-cavity disease was diagnosed in 52% of the patients. The median time to the second-cavity diagnosis for those with a diagnosis 1 year after the initial diagnosis was 30 months. CONCLUSIONS:Well-selected patients with both pleural and peritoneal mesothelioma have a survival benefit over palliative treatment that is comparable with that seen in single-cavity disease. The presence of disease in both cavities is not a contraindication to multimodality treatment aimed at prolonging survival, whether the disease is diagnosed synchronously or metachronously. Patients with an initial diagnosis of single cavity disease are at the highest risk for identification of second-cavity disease within the first year after diagnosis.

METHODS::Malignant pleural mesothelioma (MPM) is a tumor with high chemoresistance and poor prognosis. MPM-initiating cells (ICs) are known to be drug resistant, but it is unknown if and how stemness-related pathways determine chemoresistance. Moreover, there are no predictive markers of IC-associated chemoresistance. Aim of this work is to clarify if and by which mechanisms the chemoresistant phenotype of MPM IC was due to specific stemness-related pathways. We generated MPM IC from primary MPM samples and compared the gene expression and chemo-sensitivity profile of IC and differentiated/adherent cells (AC) of the same patient. Compared to AC, IC had upregulated the drug efflux transporter ABCB5 that determined resistance to cisplatin and pemetrexed. ABCB5-knocked-out (KO) IC clones were resensitized to the drugs in vitro and in patient-derived xenografts. ABCB5 was transcriptionally activated by the Wnt/GSK3β/β-catenin/c-myc axis that also increased IL-8 and IL-1β production. IL-8 and IL-1β-KO IC clones reduced the c-myc-driven transcription of ABCB5 and reacquired chemosensitivity. ABCB5-KO clones had lower IL-8 and IL-1β secretion, and c-myc transcriptional activity, suggesting that either Wnt/GSK3β/β-catenin and IL-8/IL-1β signaling drive c-myc-mediated transcription of ABCB5. ABCB5 correlated with lower time-to-progression and overall survival in MPM patients treated with cisplatin and pemetrexed. Our work identified multiple autocrine loops linking stemness pathways and resistance to cisplatin and pemetrexed in MPM IC. ABCB5 may represent a new target to chemosensitize MPM IC and a potential biomarker to predict the response to the first-line chemotherapy in MPM patients.

METHODS::Empyema necessitatis (EN) is a rare complication of empyema in which the pleural infection spreads outside the pleural space. Lower airway infections are common among children with cerebral palsy (CP). Although harmless to healthy individuals, Pseudomonas aeruginosa can cause invasive infections, including CP, in immunocompromised hosts. Mycobacterium tuberculosis and Actinomyces spp. have been reported as common causative organisms of EN. However, EN caused by P. aeruginosa has never been reported. We report the case of an 8-year-old girl with CP without tracheotomy who was admitted to our hospital with complaints of fever and increased epileptic seizures. First, she was diagnosed with pneumonia and treated with antibiotics. However, seven days after admission, a palpable mobile mass overlying the lower part of the shoulder blade was noticed. Enhanced magnetic resonance imaging revealed broad high signal area on T2-weighted and diffusion-weighted images, indicating empyema of the left lower lung that had penetrated the pleural wall and spread to the subcutaneous area of the left back. Thus, she was diagnosed with EN. Twelve days after admission, P. aeruginosa was detected from the pus culture. Patients with CP who have chronic lung diseases, such as pneumonia, atelectasis, or empyema, may need careful follow up.