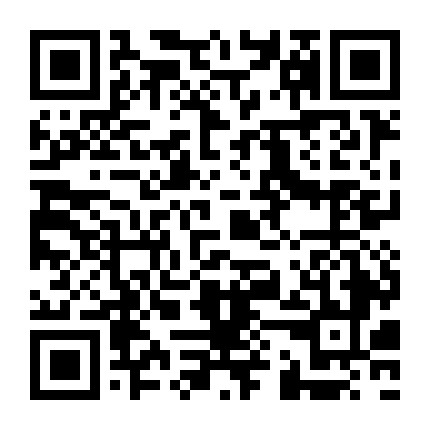 Genetic disruption of KCC cotransporters in a mouse model of thalassemia intermedia.

:β-thalassemia (β-Thal) is caused by defective β-globin production leading to globin chain imbalance, aggregation of free alpha chain in developing erythroblasts, reticulocytes, and mature circulating red blood cells. The hypochromic thalassemic red cells exhibit increased cell dehydration in association with elevated K+ leak and increased K-Cl cotransport activity, each of which has been linked to globin chain imbalance and related oxidative stress. We therefore tested the effect of genetic inactivation of K-Cl cotransporters KCC1 and KCC3 in a mouse model of β-thalassemia intermedia. In the absence of these transporters, the anemia of β-Thal mice was ameliorated, in association with increased MCV and reductions in CHCM and hyperdense cells, as well as in spleen size. The resting K+ content of β-Thal red cells was greatly increased, and Thal-associated splenomegaly slightly decreased. Lack of KCC1 and KCC3 activity in Thal red cells reduced red cell density and improved β-Thal-associated osmotic fragility. We conclude that genetic inactivation of K-Cl cotransport can reverse red cell dehydration and partially attenuate the hematologic phenotype in a mouse model of β-thalassemia.

METHODS:BACKGROUND:Thalassemia is one of the most common monogenetic diseases in the south of China and Southeast Asia. Hemoglobin Bart's hydrops fetalis syndrome was caused by a homozygous Southeast Asian deletion (-/-) in the HBA gene. Few studies have proved the potential of screen for Bart's hydrops fetalis using fetal cell-free DNA. However, the number of cases is still relatively small. Clinical trials of large samples would be needed. OBJECTIVE:In this study, we aimed to develop a noninvasive method of target-captured sequencing and genotyping by the Bayesian method using cell-free fetal DNA to identify the fetal genotype in pregnant women who are at risk of having hemoglobin Bart hydrops fetalis in a large-scale study. STUDY DESIGN:In total, 192,173 couples from 30 hospitals were enrolled in our study and 878 couples were recruited, among whom both the pregnant women and their husbands were detected to be carriers of Southeast Asian type (-/αα) of α-thalassemia. Prenatal diagnosis was performed by chorionic villus sampling, amniocentesis, or cordocentesis using gap-polymerase chain reaction considered as the golden standard. RESULTS:As a result, we found that the sensitivity and specificity of our noninvasive method were 98.81% and 94.72%, respectively, in the training set as well as 100% and 99.31%, respectively, in the testing set. Moreover, our method could identify all of 885 maternal samples with the Southeast Asian carrier and 36 trisomy samples with 100% of sensitivity in T13, T18, and T21 and 99.89% (1 of 917) and 99.88% (1 of 888) of specificity in T18 and T21, respectively. CONCLUSION:Our method opens the possibility of early screening for maternal genotyping of α-thalassemia, fetal aneuploidies in chromosomes 13/18/21, and hemoglobin Bart hydrops fetalis detection in 1 tube of maternal plasma.

METHODS:OBJECTIVES:Sickle cell disease (SCD) is a serious illness with disabling acute and chronic pain that needs better therapies, but insufficient patient participation in research is a major impediment to advancing SCD pain management. The purpose of this article is to discuss the challenges of conducting an SCD study and approaches to successfully overcoming those challenges. DESIGN:In a repeated-measures, longitudinal study designed to characterize SCD pain phenotypes, we recruited 311 adults of African ancestry. Adults with SCD completed 4 study visits 6 months apart, and age- and gender-matched healthy controls completed 1 visit. RESULTS:We recruited and completed measures on 186 patients with SCD and 125 healthy controls. We retained 151 patients with SCD with data at 4 time points over 18 months and 125 healthy controls (1 time point) but encountered many challenges in recruitment and study visit completion. Enrollment delays often arose from patients' difficulty in taking time from their complicated lives and frequent pain episodes. Once scheduled, participants with SCD cancelled 49% of visits often because of pain; controls canceled 30% of their scheduled visits. To facilitate recruitment and retention, we implemented a number of strategies that were invaluable in our success. CONCLUSION:Patients' struggles with illness, chronic pain, and their life situations resulted in many challenges to recruitment and completion of study visits. Important to overcoming challenges was gaining the trust of patients with SCD and a participant-centered approach. Early identification of potential problems allowed strategies to be instituted proactively, leading to success.

METHODS:OBJECTIVES:Sickle cell anemia is the commonest genetic disorder in India, and the frequency of the sickle cell gene is very high in the remote tribal areas where facilities are generally limited. Therefore, a rapid and affordable point-of-care test for sickle cell disease is needed. METHODS:The diagnostic accuracy of HemoTypeSC was evaluated against automated high-performance liquid chromatography (HPLC) as the gold standard for its efficacy in a newborn screening program. RESULTS:A total of 1,559 individuals (980 newborns and 579 adults) from four participating centers were analyzed by both methods. HemoTypeSC correctly identified 209 of 211 total hemoglobin (Hb) SS cases, for a 99.1%/99.9% total HbSS sensitivity/specificity. Overall, HemoTypeSC exhibited sensitivity and specificity of 98.1% and 99.1% for all possible phenotypes (HbAA, HbAS, and HbSS) detected. HPLC is relatively expensive and not available in most laboratories in remote tribal areas. CONCLUSIONS:We conclude that the rapid, point-of-care testing device HemoTypeSC test is suitable for population and newborn screening for the HbS phenotype.