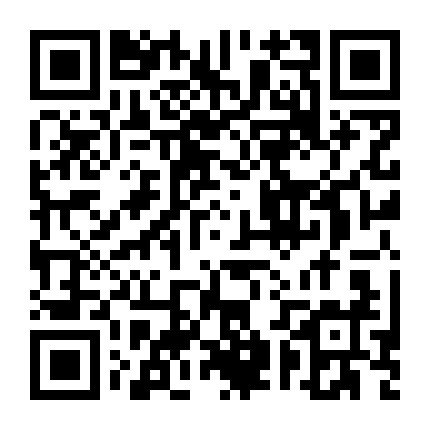 CONTEXT:Pediatric differentiated thyroid cancer (DTC) differs from adult DTC in its underlying genetics and clinicopathological features. In this report, we studied these aspects in 48 cases of pediatric DTC. PATIENTS AND METHODS:We used the comprehensive Oncomine Childhood Cancer Gene panel on Ion Torrent next generation sequencing platform. We included 48 patients (37 females and 11 males) with pediatric DTC (median age 17 years, range 5-18) and studied the association between these genetic alterations and the clinicopatholgical features and outcome. RESULTS:Of 48 tumors, 33 (69%) had somatic genetic alterations which were mutually exclusive except in one tumor. BRAFV600E and RET-PTC1 were the most common occurring in 9 different tumors (19%) each. RET-PTC3 and ETV6-NTRK3 were the next most common with each of them occurring in 4 different tumors (8%). Other genetic alterations including EML4-NTRK1, EML4-ALK, NRAS, KRAS, PTEN and CREBBP occurred once each. There were no differences between those who had mutations and those without mutations in the age, sex, tumor multifocality, extrathyroidal extension, vascular invasion, lymph node or distant metastasis and the American Thyroid Association status at the last follow up visits. Similarly, none of these factors were different between those with fusion genes vs. single point mutations vs. no mutations. CONCLUSIONS:In pediatric DTC, fusion genes are more common than single point mutations. The most common genetic alterations are RET/PTC1, BRAFV600E, RET/PTC3 and ETV6-NTRK3. Other alterations occur rarely. Genetic alterations do not correlate with the clinicopathological features or the outcome.

METHODS:OBJECTIVES:To assess the prevalence of Hashimoto thyroiditis (HT) in primary thyroid lymphoma (PTL) and whether it differs between mucosa-associated lymphoid tissue (MALT) lymphoma and diffuse large B-cell lymphoma (DLBCL). METHODS:Electronic databases were searched for studies assessing HT prevalence in PTL, based on antithyroid antibodies, clinical history, or pathology. Pooled prevalence of HT and its association with histotype (MALT or DLBCL) were calculated. RESULTS:Thirty-eight studies with 1,346 PTLs were included. Pooled prevalence results were 78.9% (any HT evidence), 65.3% (antithyroid antibodies), 41.7% (clinical history), and 64% (pathology). HT prevalence was significantly higher in MALT lymphoma than in DLBCL (P = .007) and in mixed DLBCL/MALT than in pure DLBCL (P = .002). CONCLUSIONS:Overall, 78.9% of patients with PTL have any HT evidence, but only half of these had been clinically followed. The difference in HT prevalence suggests that a subset of DLBCL may not derive from MALT lymphoma.

METHODS:Background Whether chronic lymphocytic thyroiditis (CLT) influences the risk of development and the progression of papillary thyroid cancer (PTC) remains uncertain. We investigated the effects of CLT on the clinicopathologic features and prognosis of PTC. Methods Two thousand nine hundred twenty-eight consecutive patients with PTC treated between 2009 and 2017 were divided into two groups: one with chronic lymphocytic thyroiditis and one without; 1174 (40%) of the patients had coincident CLT. Results In univariate analysis, CLT correlated positively with small tumor size, frequent extrathyroidal extension, multifocal diseases, and p53 but negatively with central lymph node (LN) metastasis and BRAF mutation. In multivariate analysis, CLT was associated with extrathyroidal extension and multifocal disease; however, it was not a prognostic factor for recurrence even though it was associated with two aggressive factors. Compared with patients with PTC alone, there were more retrieved central LNs in the PTC + CLT group, and these patients also underwent more invasive diagnostic tests such as fine needle aspiration cytology and frozen biopsy of LN. Conclusions The CLT patients with PTC had better behavior features and prognoses than did those with PTC alone despite frequent multifocality and extrathyroidal extension. However, precaution may be necessary to avoid performing invasive diagnostic procedures for lateral LN metastasis and to manage the patients appropriately.