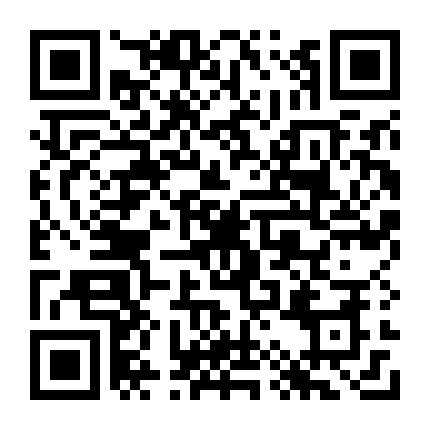 METHODS::Memory problems are reported in 40%-60% of people with multiple sclerosis (MS). These problems affect independence and may limit the ability to benefit from rehabilitation. Our aim was to evaluate the effectiveness of NeuroPage for people with MS living in the community. A multicentre, single-blind, randomised controlled crossover trial was conducted. The intervention comprised the NeuroPage service, which sends reminder messages to mobile phones at pre-arranged times. In the control condition participants received "non-memory texts", that is, messages not aimed at providing a reminder; for example, supplying news headlines or sport updates. Outcome measures were completed using postal questionnaires after each condition. There were 38 participants aged 28 to 72 (mean 48, SD 11) and 10 (26%) were men. There were no significant differences between NeuroPage and control conditions on the Everyday Memory Questionnaire (p = 0.41, d = 0.02). The number of daily diary items forgotten in the NeuroPage condition was significantly less than in the control (9% vs. 31%, p = 0.01, d = -0.64). Psychological distress was less in the NeuroPage condition than control (p = 0.001, d = -0.84). Further evaluation of the effect on everyday memory is required.

METHODS::Purpose To evaluate the characteristics of Vogt-Koyanagi-Harada (VKH) syndrome in Brazilian children.Methods Clinical data were obtained from the medical records of six children with VKH disease from March 2014 to June 2018 at the Federal University of São Paulo, Brazil.Results Six patients met the diagnostic criteria for VKH. The patients, who ranged in age from 5 to 8 years, all presented with chronic disease. The most common ocular finding was abnormal fundus pigmentation in five patients followed by band keratopathy in four. Two patients had glaucoma, cataract, and subretinal neovascularization. The final visual acuity was less than 20/40 in 50% of the eyes.Conclusion Visual outcomes were favorable in half of patients depending on the long-term sequelae. VKH is rarely reported in children and it may be sight-threatening, and requires careful attention, being an important differential diagnosis.

METHODS:BACKGROUND:In myasthenia gravis (MG) patients, postoperative myasthenic crisis, and residual neuromuscular blocking agent (NMBA) can cause respiratory failure that requires mechanical ventilation. However, it remains unclear whether the use of sugammadex for NMBA reversal reduces postoperative myasthenic crisis in MG patients undergoing surgery. We analyzed the association between use of sugammadex and postoperative myasthenic crisis in patients with MG using a national inpatient database. METHODS:Adult patients with MG who received thymectomy under general anesthesia were identified in the Japanese Diagnosis Procedure Combination database from July 1, 2010 to March 31, 2016. Patients who received sugammadex (sugammadex group) were compared with those who did not receive sugammadex (control group). The primary outcome was postoperative myasthenic crisis, and the secondary outcomes were postoperative pneumonia, tracheostomy, 28-day mortality, total hospitalization costs, and length of stay after surgery. Propensity scores were estimated by logistic regression based on the following variables: age; sex; body mass index (BMI); smoking index; history of cancer; Charlson comorbidity index (CCI); type of thymectomy; time from hospital admission to surgery; use of plasma exchange, immunosuppressants, corticosteroids, anticholinesterase, and oral benzodiazepine before surgery; type of hospital; and treatment year. The outcomes were compared using stabilized inverse probability of treatment weighting (IPTW) analyses to obtain good between-group balance. RESULTS:Of 795 patients identified, 506 patients received sugammadex and 289 patients did not. After stabilized IPTW, the sugammadex group was associated with a decrease in postoperative myasthenic crisis (22/507 [4.3%] vs 25/288 [8.7%]; odds ratio [OR], 0.48; 95% confidence interval [CI], 0.25-0.91), but not associated with a decrease in postoperative pneumonia (5/507 [1.0%] vs 7/288 [2.4%]; OR, 0.44; 95% CI, 0.17-1.14) or tracheostomy (7/507 [1.4%] vs 10/288 [3.5%]; OR, 0.38; 95% CI, 0.12-1.22) compared with the control group. The sugammadex group had significantly lower median (interquartile range) total hospitalization costs ($13,186 [$11,250-$16,988] vs $14,119 [$11,713-$20,207]; P < .001) and median length of stay after surgery (10 [8-15] vs 11 [8-18] days; P < .001), compared with the control group. CONCLUSIONS:In this retrospective observational study, sugammadex was associated with reductions in postoperative myasthenic crisis and total hospitalization costs in adult patients with MG who received thymectomy. Given the present findings, sugammadex should be routinely administered for MG patients undergoing thymectomy.

METHODS::Comprehensive reviews of the clinical characteristics and pathogenesis of Aicardi-Goutières syndrome (AGS), particularly its contextualization within a putative type I interferonopathy framework, already exist. However, recent reports of attempts at treatment suggest that an assessment of the field from a therapeutic perspective is warranted at this time. Here, we briefly summarize the neurological phenotypes associated with mutations in the seven genes so far associated with AGS, rehearse current knowledge of the pathology as it relates to possible treatment approaches, critically appraise the potential utility of therapies, and discuss the challenges in assessing clinical efficacy. WHAT THIS PAPER ADDS: Progress in understanding AGS disease pathogenesis has led to the first attempts at targeted treatment. Further rational therapies are expected to become available in the short- to medium-term.

METHODS::Purpose: To report the efficacy of adalimumab in a case of chronic Vogt-Koyanagi-Harada (VKH) disease refractory to conventional corticosteroids and immunosuppressive therapy and complicated by central serous chorioretinopathy (CSC).Case report: A 66-year-old woman diagnosed with VKH was treated with intravenous corticosteroids followed by oral corticosteroids and cyclosporine. However, systemic corticosteroids could not be tapered because of recurrent ocular inflammation and systemic complications (diabetes mellitus, moon face, bone weakness), while CSC appeared in both eyes. A diagnosis of chronic VKH resistant to medications complicated by corticosteroid-induced CSC was made. Systemic corticosteroids and cyclosporine were tapered and adalimumab initiated. Bilateral ocular inflammation and CSC were gradually reduced and visual acuity improved without any adverse effect. Twelve months after starting adalimumab monotherapy, no signs of active VKH and CSC were present.Conclusions: Adalimumab is one of the effective therapeutic options for refractory VKH disease complicated with corticosteroid-induced adverse effects.

METHODS:BACKGROUND:Since the publication of the European League Against Rheumatism (EULAR) recommendations for the management of large vessel vasculitis (LVV) in 2009, several relevant randomised clinical trials and cohort analyses have been published, which have the potential to change clinical care and therefore supporting the need to update the original recommendations. METHODS:Using EULAR standardised operating procedures for EULAR-endorsed recommendations, the EULAR task force undertook a systematic literature review and sought opinion from 20 experts from 13 countries. We modified existing recommendations and created new recommendations. RESULTS:Three overarching principles and 10 recommendations were formulated. We recommend that a suspected diagnosis of LVV should be confirmed by imaging or histology. High dose glucocorticoid therapy (40-60 mg/day prednisone-equivalent) should be initiated immediately for induction of remission in active giant cell arteritis (GCA) or Takayasu arteritis (TAK). We recommend adjunctive therapy in selected patients with GCA (refractory or relapsing disease, presence of an increased risk for glucocorticoid-related adverse events or complications) using tocilizumab. Methotrexate may be used as an alternative. Non-biological glucocorticoid-sparing agents should be given in combination with glucocorticoids in all patients with TAK and biological agents may be used in refractory or relapsing patients. We no longer recommend the routine use of antiplatelet or anticoagulant therapy for treatment of LVV unless it is indicated for other reasons. CONCLUSIONS:We have updated the recommendations for the management of LVV to facilitate the translation of current scientific evidence and expert opinion into better management and improved outcome of patients in clinical practice.

METHODS:OBJECTIVE:More than 80% of people with multiple sclerosis (MS) are affected by spasticity. Spasticity is known to reduce quality of life and contribute to additional symptoms, such as pain and reduced mobility, but the association between spasticity, balance, and mobility has not yet been established. Our aim was to examine whether a relationship exists between spasticity in the lower limbs, balance, and gait, as well as to explore the involvement of different muscle groups. METHODS:This study employed a cross-sectional design. Thirty patients with MS were included. The Modified Ashworth Scale (MAS) was used to examine spasticity in the ankle plantar flexors, knee extensors, and hip adductors. Balance was measured using the Mini-Balance Evaluation Systems Test, and gait with the 2-Minute Walk Test. The participants were tested once with no additional follow-up. Spearman's correlation, recursive partitioning, and linear regression analyses were used to explore the association. RESULTS:A significant correlation between gait distance and spasticity in the ankle plantar flexors (ρ = -.69, p < .001) and knee extensors (ρ = -.45, p = .012) was observed. Balance significantly correlated with spasticity in ankle plantar flexors (ρ = -.69, p < .001), knee extensors (ρ = -.52, p = .003), and hip adductors (ρ = -.5, p = .005). The relationship between spasticity in ankle plantar flexors and hip adductors was significant, even from low levels of spasticity, whereas MAS score ≥ 2 was clinically correlated with a decrease in gait and balance function. Adjustments for sex, age, or years since diagnosis had only minor impact on the results. CONCLUSIONS:This study indicates that spasticity in the lower limbs is clinically significantly associated with mobility in people with MS. 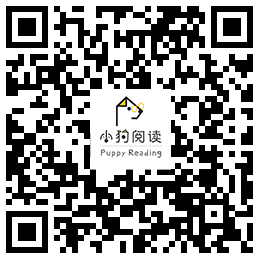