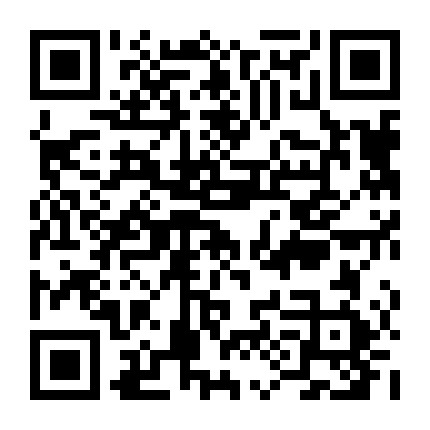 AIMS:For paediatric and adolescent patients with growth potential, preservation of the physiological joint by transepiphyseal resection (TER) of the femur confers definite advantages over arthroplasty procedures. We hypothesized that the extent of the tumour and changes in its extent after neoadjuvant chemotherapy are essential factors in the selection of this procedure, and can be assessed with MRI. The oncological and functional outcomes of the procedure were reviewed to confirm its safety and efficacy. METHODS:We retrospectively reviewed 16 patients (seven male and nine female, mean age 12.2 years (7 to 16)) with osteosarcoma of the knee who had been treated by TER. We evaluated the MRI scans before and after neoadjuvant chemotherapy for all patients to assess the extent of the disease and the response to treatment. RESULTS:The mean follow-up period was 64.3 months (25 to 148) after surgery and no patients were lost to follow-up. On MRI evaluation, 13 tumours were near but not in contact with the physes and three tumours were partially in contact with the physes before neoadjuvant chemotherapy. Bone oedema in the epiphysis was observed in eight patients. After neoadjuvant chemotherapy, bone oedema in the epiphysis disappeared in all patients. In total, 11 tumours were not in contact and five tumours were in partial contact with the physes. The postoperative pathological margin was negative in all patients. At the last follow-up, 12 patients were continuously disease-free and three had no evidence of disease. One patient died due to the disease. Functionally, the patients with retained allograft or recycled autograft had a mean knee range of flexion of 126° (90° to 150°). The mean Musculoskeletal Tumor Society functional score was 27.6 (23 to 30). CONCLUSION:TER is an effective limb-salvage technique for treating malignant metaphyseal bone tumours in paediatric and young osteosarcoma patients with open physes when a good response to chemotherapy and no progression of the tumour to the epiphysis have been confirmed by MRI. Cite this article: Bone Joint J 2020;102-B(6):772-778.

METHODS:BACKGROUND:National guidelines recommend screening and treatment for cancer-related bone disease and continued monitoring of bone-modifying agents. It is unclear whether a standardized screening tool is utilized to identify eligible patients and ensure appropriate supportive care is implemented. The purpose of this study was to evaluate current prescribing practices and optimize management of bone-modifying agents. METHODS:A retrospective chart review was performed to identify patients who received hormone deprivation therapy or had bone metastases through Hematology/Oncology or Urology clinics from 1 November 2016 to 31 October 2017. The primary endpoints of this study were the incidence of completed baseline dual-energy X-ray absorptiometry (DEXA) scan for patients on hormone deprivation therapy and percent of patients started on a bone-modifying agent for the prevention of skeletal-related events secondary to bone metastasis. Secondary endpoints included percent of patients with dental examinations prior to initiation, adequate calcium and vitamin D supplementation, incidence of osteonecrosis of the jaw or flu-like symptoms and education, and percent of bisphosphonate doses appropriately adjusted based on renal function. RESULTS:A total of 375 patients were assessed for baseline DEXA scans and bone-modifying therapy. Of the 226 patients on hormone deprivation therapy, 111 (49%) patients were appropriately screened with a DEXA scan prior to initiation of hormone deprivation therapy. Among the 149 patients with bone metastases, only 94 (63.1%) patients were started on a bone-modifying agent. CONCLUSIONS:Opportunities have been identified to optimize management of patients with cancer-related bone disease. Implementation of standardized tools may increase the rate of appropriate screening and initiation of bone-modifying therapy when warranted.

METHODS:PURPOSE:Low skeletal muscle mass has been associated with poor prognosis in patients with advanced lung cancer. However, little is known about the relationship between skeletal muscle mass and overall survival in patients with bone metastases from lung cancer. The objective of the present study was to evaluate the prognostic value of low trunk muscle mass in predicting overall survival in these patients. METHODS:The data from 198 patients who were diagnosed with bone metastases from lung cancer from April 2009 to May 2017 were retrospectively reviewed. The areas of the psoas and paravertebral muscles were measured at the level of the third lumbar vertebra on computed tomography scans taken at the time nearest to the diagnosis of bone metastasis. Muscle area was evaluated for male and female cohorts separately using different cutoff points. Cox proportional hazards analysis was performed to evaluate the factors independently associated with overall survival. RESULTS:The overall survival of patients in the lowest quartile for psoas muscle area or paravertebral muscle area was significantly shorter than that of patients above the 25th percentile for muscle area (p < 0.001). Multivariate analyses showed that paravertebral muscle mass (hazard ratio, 1.73; 95% confidence interval, 1.17-2.56; p = 0.006), epidermal growth factor receptor-targeted therapy, and performance status were independent prognostic factors. CONCLUSIONS:Low paravertebral muscle mass was associated with shorter survival, independently of known prognostic factors.