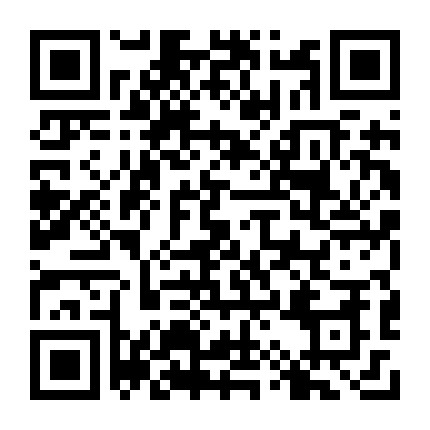 Portable Detection of Apnea and Hypopnea Events using Bio-Impedance of the Chest and Deep Learning.

:Sleep apnea is one of the most common sleep-related breathing disorders. It is diagnosed through an overnight sleep study in a specialized sleep clinic. This setup is expensive and the number of beds and staff are limited, leading to a long waiting time. To enable more patients to be tested, and repeated monitoring for diagnosed patients, portable sleep monitoring devices are being developed. These devices automatically detect sleep apnea events in one or more respiration-related signals. There are multiple methods to measure respiration, with varying levels of signal quality and comfort for the patient. In this study, the potential of using the bio-impedance (bioZ) of the chest as a respiratory surrogate is analyzed. A novel portable device is presented, combined with a two-phase Long Short-Term Memory (LSTM) deep learning algorithm for automated event detection. The setup is benchmarked using simultaneous recordings of the device and the traditional polysomnography in 25 patients. The results demonstrate that using only the bioZ, an area under the precision-recall curve of 46.9% can be achieved, which is on par with automatic scoring using a polysomnography respiration channel. The sensitivity, specificity and accuracy are 58.4%, 76.2% and 72.8% respectively. This confirms the potential of using the bioZ device and deep learning algorithm for automatically detecting sleep respiration events during the night, in a portable and comfortable setup.

METHODS:OBJECTIVE:The functions and molecular regulatory mechanisms of miR-193a-3p in cardiac injury induced by obstructive sleep apnea (OSA) are poorly understood. This study aimed to explore the role of miR-193a-3p in intermittent hypoxia(IH)-induced human umbilical vein endothelial cells (HUVECs) injury. RESULTS:In this study, we found that IH significantly decreased viability but enhanced cell apoptosis. Concurrently, the miR-193a-3p expression level was increased in HUVECs after IH. Subsequent experiments showed that IH-induced injury was ameliorated through miR-193a-3p silence. Fas apoptotic inhibitory molecule 2 (FAIM2) was predicted by bioinformatics analysis and further identified as a direct target gene of miR-193a-3p. Interestingly, the effect of miR-193a-3p inhibition under IH could be reversed by down-regulating FAIM2 expression. CONCLUSION:In conclusion, our study first revealed that miR-193a-3p inhibition could protect HUVECs against intermittent hypoxia-induced damage by negatively regulating FAIM2. These findings could advance our understanding of the underlying mechanisms for OSA-related cardiac injury. METHODS:We exposed HUVECs to IH condition; the expression levels of miR-193a-3p were detected by RT-qPCR. Cell viability, and the expressions of apoptosis-associated proteins were examined via CCK-8, and western blotting, respectively. Target genes of miR-193a-3p were confirmed by dual-luciferase reporter assay.

METHODS:STUDY OBJECTIVES:Sleep apnea (SA) is prevalent among patients with coronary artery disease (CAD) and increases cardiovascular risk. A previous study showed that 1 month of cardiac rehabilitation (CR) reduced severity of SA in patients with CAD by reducing fluid accumulation in the legs during the day and the amount of fluid shifting rostrally into the neck overnight. The aim of this study was to evaluate whether CR will lead to longer-term attenuation of SA in patients with CAD. METHODS:Fifteen patients with CAD and SA who had participated in a 1-month randomized trial of the effects of exercise training on SA were followed up until they completed 6 months of CR (age: 65 ± 10 years; body mass index: 27.0 ± 3.9 kg/m²; apnea-hypopnea index [AHI]: 39.0 ± 16.7). The AHI was evaluated at baseline by polysomnography and then at 6 months by portable monitoring at home. Cardiorespiratory fitness (VO2peak) was evaluated via a graded cardiopulmonary exercise test at baseline and 6 months later. The 6-month CR program included once weekly, 90-minute, in-facility exercise sessions, and 4 days per week at-home exercise sessions. RESULTS:After 6 months of CR, there was a 54% reduction in the AHI (30.5 ± 15.2 to 14.1 ± 7.5, P < .001). Body mass index remained unchanged, but VO2peak increased by 27% (20.0 ± 6.1 to 26.0 ± 8.9 mL/kg/min, P = .04). CONCLUSIONS:Participation in CR is associated with a significant long-term decrease in the severity of SA. This finding suggests that attenuation of SA by exercise could be a mechanism underlying reduced mortality following participation in CR in patients with CAD and SA. CLINICAL TRIAL REGISTRATION:This study is registered at www.controlled-trials.com with identifier number ISRCTN50108373.