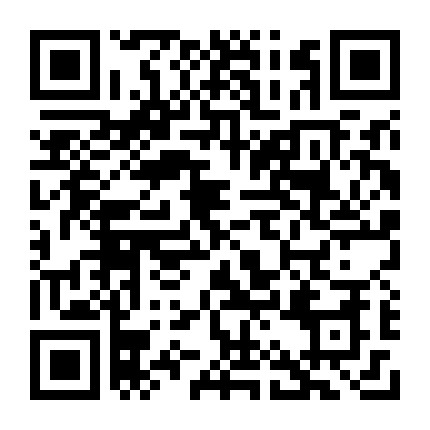 OBJECTIVES:Multiple human systems are greatly affected by gravity, and many disease symptoms are altered by posture. However, the overall anatomical structure and pathophysiology of the human body while standing has not been thoroughly analyzed due to the limitations of various upright imaging modalities, such as low spatial resolution, low contrast resolution, limited scan range, or long examination time. Recently, we developed an upright computed tomography (CT), which enables whole-torso cross-sectional scanning with 3-dimensional acquisition within 15 seconds. The purpose of this study was to evaluate the performance, workflow efficacy, effects of gravity on a large circulation system and the pelvic floor, and potential clinical impact of upright CT. MATERIALS AND METHODS:We compared noise characteristics, spatial resolution, and CT numbers in a phantom between supine and upright CT. Thirty-two asymptomatic volunteers (48.4 ± 11.5 years) prospectively underwent both CT examinations with the same scanning protocols on the same day. We conducted a questionnaire survey among these volunteers who underwent the upright CT examination to determine their opinions regarding the stability of using the pole throughout the acquisition (closed question), as well as safety and comfortability throughout each examination (both used 5-point scales). The total access time (sum of entry time and exit time) and gravity effects on a large circulation system and the pelvic floor were evaluated using the Wilcoxon signed-rank test and the Mann-Whitney U test. For a large circulation system, the areas of the vena cava and aorta were evaluated at 3 points (superior vena cava or ascending aorta, at the level of the diaphragm, and inferior vena cava or abdominal aorta). For the pelvic floor, distances were evaluated from the bladder neck to the pubococcygeal line and the anorectal junction to the pubococcygeal line. We also examined the usefulness of the upright CT in patients with functional diseases of spondylolisthesis, pelvic floor prolapse, and inguinal hernia. RESULTS:Noise characteristics, spatial resolution, and CT numbers on upright CT were comparable to those of supine CT. In the volunteer study, all volunteers answered yes regarding the stability of using the pole, and most reported feeling safe (average rating of 4.2) and comfortable (average rating of 3.8) throughout the upright CT examination. The total access time for the upright CT was significantly reduced by 56% in comparison with that of supine CT (upright: 41 ± 9 seconds vs supine: 91 ± 15 seconds, P < 0.001). In the upright position, the area of superior vena cava was 80% smaller than that of the supine position (upright: 39.9 ± 17.4 mm vs supine: 195.4 ± 52.2 mm, P < 0.001), the area at the level of the diaphragm was similar (upright: 428.3 ± 87.9 mm vs supine: 426.1 ± 82.0 mm, P = 0.866), and the area of inferior vena cava was 37% larger (upright: 346.6 ± 96.9 mm vs supine: 252.5 ± 93.1 mm, P < 0.001), whereas the areas of aortas did not significantly differ among the 3 levels. The bladder neck and anorectal junction significantly descended (9.4 ± 6.0 mm and 8.0 ± 5.6 mm, respectively, both P < 0.001) in the standing position, relative to their levels in the supine position. This tendency of the bladder neck to descend was more prominent in women than in men (12.2 ± 5.2 mm in women vs 6.7 ± 5.6 mm in men, P = 0.006). In 3 patients, upright CT revealed lumbar foraminal stenosis, bladder prolapse, and inguinal hernia; moreover, it clarified the grade or clinical significance of the disease in a manner that was not apparent on conventional CT. CONCLUSIONS:Upright CT was comparable to supine CT in physical characteristics, and it significantly reduced the access time for examination. Upright CT was useful in clarifying the effect of gravity on the human body: gravity differentially affected the volume and shape of the vena cava, depending on body position. The pelvic floor descended significantly in the standing position, compared with its location in the supine position, and the descent of the bladder neck was more prominent in women than in men. Upright CT could potentially aid in objective diagnosis and determination of the grade or clinical significance of common functional diseases.

METHODS:OBJECTIVES:The aim was to evaluate the image quality and sensitivity to artifacts of compressed sensing (CS) acceleration technique, applied to 3D or breath-hold sequences in different clinical applications from brain to knee. METHODS:CS with an acceleration from 30 to 60% and conventional MRI sequences were performed in 10 different applications in 107 patients, leading to 120 comparisons. Readers were blinded to the technique for quantitative (contrast-to-noise ratio or functional measurements for cardiac cine) and qualitative (image quality, artifacts, diagnostic findings, and preference) image analyses. RESULTS:No statistically significant difference in image quality or artifacts was found for each sequence except for the cardiac cine CS for one of both readers and for the wrist 3D proton density (PD)-weighted CS sequence which showed less motion artifacts due to the reduced acquisition time. The contrast-to-noise ratio was lower for the elbow CS sequence but not statistically different in all other applications. Diagnostic findings were similar between conventional and CS sequence for all the comparisons except for four cases where motion artifacts corrupted either the conventional or the CS sequence. CONCLUSIONS:The evaluated CS sequences are ready to be used in clinical daily practice except for the elbow application which requires a lower acceleration. The CS factor should be tuned for each organ and sequence to obtain good image quality. It leads to 30% to 60% acceleration in the applications evaluated in this study which has a significant impact on clinical workflow. KEY POINTS:• Clinical implementation of compressed sensing (CS) reduced scan times of at least 30% with only minor penalty in image quality and no change in diagnostic findings. • The CS acceleration factor has to be tuned separately for each organ and sequence to guarantee similar image quality than conventional acquisition. • At least 30% and up to 60% acceleration is feasible in specific sequences in clinical routine.

METHODS:OBJECTIVE:The primary purpose of this study was to evaluate the effectiveness of a three-dimensional (3D) software tool (smart planes) for displaying fetal brain planes, and the secondary purpose was to evaluate its accuracy in performing automatic measurements. MATERIAL AND METHODS:This prospective study included singleton fetuses with a gestational age (GA) greater than 18 weeks. Transabdominal two-dimensional ultrasound (2DUS) and 3D smart planes images were respectively used to obtain the basic planes of the fetal brain, with five parameters measured. The images, by either two-dimensional (2D) manual or 3D automatic operation, were reviewed by two experienced sonographers. The agreements between two measurements were analyzed. RESULTS:A total of 226 cases were included. The rates of successful detection by automatic display were as high as 80%. There was substantial agreement between the measurements of the biparietal diameter, head circumference and transcerebellar diameter, but poor agreement between the measurements of cisterna magna and lateral ventricle width. CONCLUSIONS:Smart Planes might be valuable for the rapid evaluation of fetal brain, because it simplifies the evaluation process. However, the technology requires improvement. In addition, this technology cannot replace the conventional manual US scans; it can only be used as an additional approach.