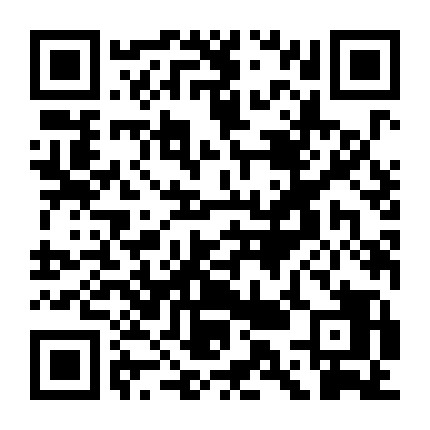 Growth and nutrition in preterm infants have long-term implications for neurodevelopmental and cardiometabolic outcomes. Many infants are discharged from the neonatal intensive care unit (NICU) with growth restriction, but often without a specialized team to monitor postdischarge growth. At our institution, we addressed our ongoing concerns for the health and growth of these infants post-discharge by creating a Nutrition NICU Graduate Clinic. This clinic serves infants discharged from our NICU who were born with very low birth weight, had difficulty growing or feeding while inpatient, had a gastrostomy tube placed during hospitalization, or were deemed high risk for other reasons by our neonatal team, with the first clinic visit within 5 weeks of discharge. Data from our first 227 patients at time of discharge, first clinic visit, and any available second clinic visits are described. Anthropometrics show a high rate of extrauterine growth restriction at time of discharge with continued growth restriction at follow-up. Feeding regimens prescribed at discharge and variations from the prescribed regimen at time of follow-up are described. At time of first clinic visit, most patients (92.2%) required a medical or dietary intervention by our team. Our findings illustrate the need for early and specialized nutrition follow-up in this patient population to improve growth trajectory post-discharge.

METHODS:BACKGROUND:Preterm birth is a risk factor for elevated blood pressure in childhood and the development of hypertension and cardiometabolic disease in adulthood; however, mechanisms for the development of both are poorly understood. Rapid weight gain early in childhood may serve as a driver directly and indirectly through cortisol levels found to be elevated in early childhood in individuals born preterm. OBJECTIVES:The objective of this pilot study was to examine the effect sizes of the relationships between weight gain and blood pressure in toddlers born very preterm. A secondary aim was to note any mediating effect of cortisol on the relationships between weight gain and blood pressure. METHODS:A cross-sectional design with a convenience sample of 36 toddlers who were born very preterm was used to examine the relationships between postnatal weight gain, cortisol, and blood pressure at follow-up. RESULTS:Many of the participants experienced rapid weight gain in the first 12 months of life. Mean systolic and diastolic readings were 94 and 56.6, respectively. Diastolic blood pressure readings were obtained from 23 participants and the majority were elevated. Weight gain was associated with diastolic blood pressure with a medium effect size. A mediating role with cortisol was not supported.Although findings need to be validated in a larger sample, the blood pressure elevations in this sample were alarming. If readings continue to amplify as these children age, the fact that elevations are already present during the toddler period could indicate more significant cardiovascular disease in adulthood for this population. Rapid weight gain in early life may be a driver for elevated blood pressure even during early childhood in individuals born preterm.

METHODS:This article presents a case series of n = 21 models of fetal cardiovascular anatomies obtained from post mortem microfocus computed tomography (micro-CT) data. The case series includes a broad range of diagnoses (e.g., tetralogy of Fallot, hypoplastic left heart syndrome, dextrocardia, double outlet right ventricle, atrio-ventricular septal defect) and cases also had a range of associated extra-cardiac malformations (e.g., VACTERL syndrome, central nervous system anomalies, renal anomalies). All cases were successfully reconstructed from the microfocus computed tomography data, demonstrating the feasibility of the technique and of the protocols, including in-house printing with a desktop 3D printer (Form2, Formlabs). All models were printed in 1:1 scale as well as with the 5-fold magnification, to provide insight into the intra-cardiac structures. Possible uses of the models include education and training.

METHODS:Abstract Background Congenital heart disease (CHD) affects ~ 1% of live births and is the most common birth defect. Although the genetic contribution to the CHD has been long suspected, it has only been well established recently. De novo variants are estimated to contribute to approximately 8% of sporadic CHD. Methods CHD is genetically heterogeneous, making pathway enrichment analysis an effective approach to explore and statistically validate CHD-associated genes. In this study, we performed novel gene and pathway enrichment analyses of high-impact de novo variants in the recently published whole-exome sequencing (WES) data generated from a cohort of CHD 2645 parent-offspring trios to identify new CHD-causing candidate genes and mutations. We performed rigorous variant- and gene-level filtrations to identify potentially damaging variants, followed by enrichment analyses and gene prioritization. Results Our analyses revealed 23 novel genes that are likely to cause CHD, including HSP90AA1, ROCK2, IQGAP1, and CHD4, and sharing biological functions, pathways, molecular interactions, and properties with known CHD-causing genes. Conclusions Ultimately, these findings suggest novel genes that are likely to be contributing to CHD pathogenesis.