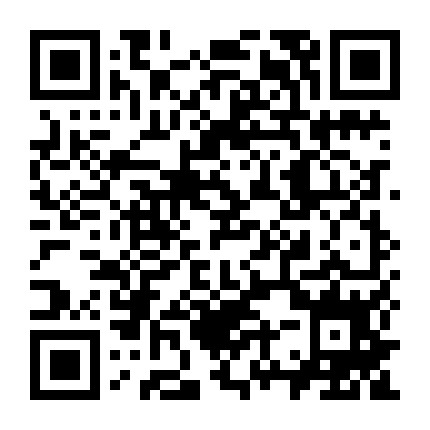 Effectiveness and cost-effectiveness of group support psychotherapy delivered by trained lay health workers for depression treatment among people with HIV in Uganda: a cluster-randomised trial.

BACKGROUND:WHO recommends the use of psychological interventions as first-line treatment for depression in low-income and middle-income countries. However, evaluations of the effectiveness and cost-effectiveness of such interventions among people with HIV are scarce. Our aim was to establish the effectiveness of group support psychotherapy (GSP) delivered by lay health workers for depression treatment among people living with HIV in a rural area of Uganda on a large scale. METHODS:In this cluster-randomised trial, we included 30 health centres offering HIV care. These were randomly assigned to deliver either GSP or group HIV education (GHE). Randomisation, in a ratio of 1:1, was achieved by health centre managers separately picking a paper containing the intervention allocation from a basket. Participants were people living with HIV, aged 19 years and older, with mild to moderate major depression assessed with the Mini International Neuropsychiatric Interview depression module, taking antiretroviral therapy, and antidepressant-naive. Group sessions were led by trained lay health workers once a week for 8 weeks. The primary outcomes were the proportion of participants with major depression and function scores at 6 months post-treatment, analysed by intention to treat by means of multilevel random effect regression analyses adjusting for clustering in health centres. This trial is registered with the Pan African Clinical Trials Registry, PACTR201608001738234. FINDINGS:Between Sept 13 and Dec 15, 2016, we assessed 1473 individuals, of whom 1140 were recruited from health centres offering GSP (n=578 [51%]) or GHE (n=562 [49%]). Two (<1%) participants in the GSP group were diagnosed with major depression 6 months post-treatment compared with 160 (28%) in the GHE group (adjusted odds ratio=0·01, 95% CI 0·003-0·012, p<0·0001). The mean function scores 6 months post-treatment were 9·85 (SD 0·76) in the GSP group and 6·83 (2·85) in the GHE group (β=4·12; 95% CI 3·75-4·49, p<0·0001). 36 individuals had 63 serious adverse events, which included 25 suicide attempts and 22 hospital admissions for medical complications. The outcomes of these serious adverse events included 16 deaths, 4 of which were completed suicides (GSP=2; GHE=2), and 12 of which were HIV-related medical complications (GSP=8; GHE=4). Cost-effectiveness estimates showed an incremental cost-effectiveness ratio of US$13·0 per disability-adjusted life-year averted, which can be considered very cost-effective in Uganda. INTERPRETATION:Integration of cost-effective psychological treatments such as group support psychotherapy into existing HIV interventions might improve the mental health of people living with HIV. FUNDING:MQ Transforming Mental Health and Grand Challenges Canada.

METHODS::The adipocyte-derived hormone adiponectin has a broad spectrum of functions beyond metabolic control. We previously reported that adiponectin acts in the brain to regulate depression-related behaviors. However, its underlying neural substrates have not been identified. Here we show that adiponectin receptor 1 (AdipoR1) is expressed in the dorsal raphe nucleus (DRN) and colocalized with tryptophan hydroxylase 2 (TPH2), a marker of serotonin (5-HT) neurons. Selective deletion of AdipoR1 in 5-HT neurons induced anhedonia in male mice, as indicated by reduced female urine sniffing time and saccharin preference, and behavioral despair in female mice and enhanced stress-induced decrease in sucrose preference in both sexes. The expression levels of TPH2 were downregulated with a concurrent reduction of 5-HT-immunoreactivity in the DRN and its two major projection regions, the hippocampus and medial prefrontal cortex (mPFC), in male but not female mice lacking AdipoR1 in 5-HT neurons. In addition, serotonin transporter (SERT) expression was upregulated in both DRN projection fields of male mice but only in the mPFC of female mice. These changes presumably lead to decreased 5-HT synthesis and/or increased 5-HT reuptake, thereby reducing 5-HT transmission. The augmented behavioral responses to the selective serotonin reuptake inhibitor fluoxetine but not desipramine, a selective norepinephrine reuptake inhibitor, observed in conditional knockout male mice supports deficient 5-HT transmission underlying depression-related phenotypes. Our results indicate that adiponectin acts on 5-HT neurons through AdipoR1 receptors to regulate depression-related behaviors in a sex-dependent manner.

METHODS::Multiple schizophrenia (SCZ) risk loci may be involved in gene co-regulation mechanisms, and analysis of coexpressed gene networks may help to clarify SCZ molecular basis. We have previously identified a dopamine D2 receptor (DRD2) coexpression module enriched for SCZ risk genes and associated with cognitive and neuroimaging phenotypes of SCZ, as well as with response to treatment with antipsychotics. Here we aimed to identify regulatory factors modulating this coexpression module and their relevance to SCZ. We performed motif enrichment analysis to identify transcription factor (TF) binding sites in human promoters of genes coexpressed with DRD2. Then, we measured transcript levels of a group of these genes in primary mouse cortical neurons in basal conditions and upon overexpression and knockdown of predicted TFs. Finally, we analyzed expression levels of these TFs in dorsolateral prefrontal cortex (DLPFC) of SCZ patients. Our in silico analysis revealed enrichment for NURR1 and ERR1 binding sites. In neuronal cultures, the expression of genes either relevant to SCZ risk (Drd2, Gatad2a, Slc28a1, Cnr1) or indexing coexpression in our module (Btg4, Chit1, Osr1, Gpld1) was significantly modified by gain and loss of Nurr1 and Err1. Postmortem DLPFC expression data analysis showed decreased expression levels of NURR1 and ERR1 in patients with SCZ. For NURR1 such decreased expression is associated with treatment with antipsychotics. Our results show that NURR1 and ERR1 modulate the transcription of DRD2 coexpression partners and support the hypothesis that NURR1 is involved in the response to SCZ treatment.SIGNIFICANCE STATEMENT In the present study, we provide in silico and experimental evidence for a role of the TFs NURR1 and ERR1 in modulating the expression pattern of genes coexpressed with DRD2 in human DLPFC. Notably, genetic variations in these genes is associated with SCZ risk and behavioral and neuroimaging phenotypes of the disease, as well as with response to treatment. Furthermore, this study presents novel findings on a possible interplay between D2 receptor-mediated dopamine signaling involved in treatment with antipsychotics and the transcriptional regulation mechanisms exerted by NURR1. Our results suggest that coexpression and co-regulation mechanisms may help to explain some of the complex biology of genetic associations with SCZ.

METHODS::Abnormal neurotransmission is central to schizophrenia (SZ). Alterations across multiple neurotransmitter systems in SZ suggest that this illness may be associated with dysregulation of core intracellular processes such as signaling pathways that underlie the regulation and integration of these systems. The AKT-mTOR signaling cascade has been implicated in SZ by gene association, postmortem brain and animal studies. AKT and mTOR are serine/threonine kinases which play important roles in cell growth, proliferation, survival, and differentiation. Both AKT and mTOR require phosphorylation at specific sites for their complete activation. mTOR forms two functionally distinct multiprotein complexes, mTOR Complex 1 (mTORC1) and Complex 2 (mTORC2). mTORC1 mediates ribosome biogenesis, protein translation, and autophagy, whereas mTORC2 contributes to actin dynamics. Altered protein synthesis and actin dynamics can lead to an abnormal neuronal morphology resulting in deficits in learning and memory. Currently, there is a lack of direct evidence to support the hypothesis of disrupted mTOR signaling in SZ, and we have addressed this by characterizing this signaling pathway in SZ brain. We found a reduction in AKT and mTOR protein expression and/or phosphorylation state in dorsolateral prefrontal cortex (DLPFC) from 22 pairs of SZ and matched comparison subjects. We also found reduced protein expression of GβL, a subunit protein common to both mTOR complexes. We further investigated mTOR complex-specific subunit composition and phosphorylation state, and found abnormal mTOR expression in both complexes in SZ DLPFC. These findings provide evidence that proteins associated with the AKT-mTOR signaling cascade are downregulated in SZ DLPFC.