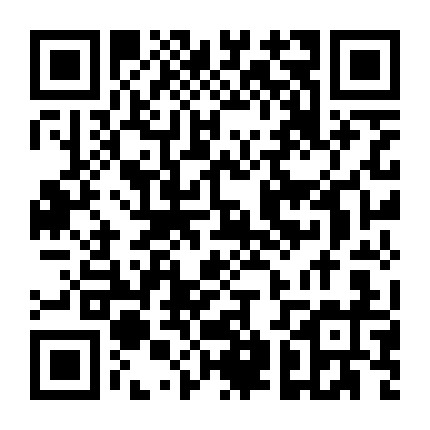 Diarrhea is a major cause of both morbidity and mortality worldwide, especially among young children. Cryptosporidiosis is a leading cause of diarrhea in children, particularly in South Asia and sub-Saharan Africa, where it is responsible for over 200,000 deaths per year. Beyond the initial clinical presentation of diarrhea, it is associated with long-term sequelae such as malnutrition and neurocognitive developmental deficits. Risk factors include poverty and overcrowding, and yet not all children with these risk factors and exposure are infected, nor do all infected children develop symptomatic disease. One potential risk factor to explain these differences is their human genome. To identify genetic variants associated with symptomatic cryptosporidiosis, we conducted a genome-wide association study (GWAS) examining 6.5 million single nucleotide polymorphisms (SNPs) in 873 children from three independent cohorts in Dhaka, Bangladesh, namely, the Dhaka Birth Cohort (DBC), the Performance of Rotavirus and Oral Polio Vaccines in Developing Countries (PROVIDE) study, and the Cryptosporidiosis Birth Cohort (CBC). Associations were estimated separately for each cohort under an additive model, adjusting for length-for-age Z-score at 12 months of age, the first two principal components to account for population substructure, and genotyping batch. The strongest meta-analytic association was with rs58296998 (P = 3.73 × 10-8), an intronic SNP and expression quantitative trait locus (eQTL) of protein kinase C alpha (PRKCA). Each additional risk allele conferred 2.4 times the odds of Cryptosporidium-associated diarrhea in the first year of life. This genetic association suggests a role for protein kinase C alpha in pediatric cryptosporidiosis and warrants further investigation.IMPORTANCE Globally, diarrhea remains one of the major causes of pediatric morbidity and mortality. The initial symptoms of diarrhea can often lead to long-term consequences for the health of young children, such as malnutrition and neurocognitive developmental deficits. Despite many children having similar exposures to infectious causes of diarrhea, not all develop symptomatic disease, indicating a possible role for human genetic variation. Here, we conducted a genetic study of susceptibility to symptomatic disease associated with Cryptosporidium infection (a leading cause of diarrhea) in three independent cohorts of infants from Dhaka, Bangladesh. We identified a genetic variant within protein kinase C alpha (PRKCA) associated with higher risk of cryptosporidiosis in the first year of life. These results indicate a role for human genetics in susceptibility to cryptosporidiosis and warrant further research to elucidate the mechanism.

METHODS:Shigella species cause diarrheal disease globally. Shigellosis is typically characterized by bloody stools and colitis with mucosal damage and is the leading bacterial cause of diarrheal death worldwide. After the pathogen is orally ingested, it invades and replicates within the colonic epithelium through mechanisms that rely on its type III secretion system (T3SS). Currently, oral infection-based small animal models to study the pathogenesis of shigellosis are lacking. Here, we found that orogastric inoculation of infant rabbits with Shigella flexneri resulted in diarrhea and colonic pathology resembling that found in human shigellosis. Fasting animals prior to S. flexneri inoculation increased the frequency of disease. The pathogen colonized the colon, where both luminal and intraepithelial foci were observed. The intraepithelial foci likely arise through S. flexneri spreading from cell to cell. Robust S. flexneri intestinal colonization, invasion of the colonic epithelium, and epithelial sloughing all required the T3SS as well as IcsA, a factor required for bacterial spreading and adhesion in vitro Expression of the proinflammatory chemokine interleukin 8 (IL-8), detected with in situ mRNA labeling, was higher in animals infected with wild-type S. flexneri versus mutant strains deficient in icsA or T3SS, suggesting that epithelial invasion promotes expression of this chemokine. Collectively, our findings suggest that oral infection of infant rabbits offers a useful experimental model for studies of the pathogenesis of shigellosis and for testing of new therapeutics.IMPORTANCEShigella species are the leading bacterial cause of diarrheal death globally. The pathogen causes bacillary dysentery, a bloody diarrheal disease characterized by damage to the colonic mucosa and is usually spread through the fecal-oral route. Small animal models of shigellosis that rely on the oral route of infection are lacking. Here, we found that orogastric inoculation of infant rabbits with S. flexneri led to a diarrheal disease and colonic pathology reminiscent of human shigellosis. Diarrhea, intestinal colonization, and pathology in this model were dependent on the S. flexneri type III secretion system and IcsA, canonical Shigella virulence factors. Thus, oral infection of infant rabbits offers a feasible model to study the pathogenesis of shigellosis and to develop and test new therapeutics.

METHODS:PURPOSE:To quantify the effects of absorbed radiation dose on healthy liver parenchyma following radioembolisation (RE) using [99mTc]TcMebrofenin to analyse both global and regional liver function. METHODS:Patients having RE to treat hepatic disease underwent a [99mTc]TcMebrofenin hepatobilliary scintigraphy (HBS) study at both baseline and 8 weeks following treatment. Changes in global liver uptake rate were compared with healthy liver absorbed dose measures derived from the post-treatment 90Y PET/CT, including average dose, minimum dose to 70% of the volume (D70) and volume receiving at least 50 Gy (V50). Changes in functional burden associated with treatment and spared liver volumes in patients receiving lobar RE were also assessed, as were changes experienced by regional volumes corresponding to various dose ranges. Standard liver function pathology tests (LFTs) (bilirubin, albumin, ALP, AST, ALT and GGT) were examined for changes between baseline and post-treatment. RESULTS:Thirty-five patients were included in the study, of which, 9 had lobar treatment. A significant linear correlation was found between both baseline global liver uptake rate (negative) and D70 with change in global liver uptake rate. Patients undergoing lobar treatments demonstrated a shift in functional burden, and a significant difference was seen between the mean dose corresponding to liver volumes that increased their functional burden (9 Gy) and those that decreased their functional burden (35 Gy). No baseline LFTs predicted a decrease in global liver function; however, D70 demonstrated a linear correlation with changes in bilirubin and GGT. CONCLUSIONS:Given the significant negative relationship between baseline and change in global liver uptake rate, baseline HBS studies should not be used alone to disqualify patients considered for RE. In terms of treatment planning and evaluation, D70 may be the most appropriate metric of dose, with values greater than 15 Gy indicative of a likely drop in global liver function. The evidence of increasing functional burden in spared liver volumes suggests that patients at risk of complications could benefit from a lobar approach to treatment.

METHODS:NLRP3 inflammasome may serve as a potential target for the development of novel therapeutics for inflammatory bowel diseases. In this study, we found that Libertellenone M (Lib M), a secondary metabolite from the endophytic fungus Phomopsis sp. S12, has anti-inflammatory potential both in vitro and in vivo. Lib M selectively inhibited the expression of proinflammatory cytokine IL-1β and IL-18 in LPS-activated macrophages. The cleavage of pro-caspase 1 was remarkably reduced by Lib M in macrophages stimulated with three NLRP3 inflammasome activators. Administering Lib M attenuated dextran sulfate sodium-induced experimental acute colitis in mice and significantly reduced the production of these cytokines and cleaved caspase 1 in colon tissues. Apart from inhibition of NLRP3 inflammasome assembly, Lib M also suppressed NF-κB nuclear translocation in macrophages. Taken together, these findings suggest that Lib M-mediated inhibition of NLRP3 inflammasome activation could protect against colitis-like inflammatory diseases, and that this compound derived from a plant-associated fungus might inspire the exploration of novel immunosuppressive agents.