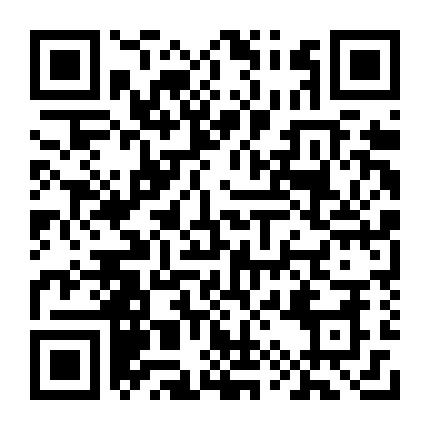 BACKGROUND:To study the kinetic profile and clinicopathological implications of squamous cell carcinoma antigen (SCC-Ag) in cervical cancer patients who underwent surgery by a self-developed SCC-Ag single molecule assay (Simoa) prototype immunoassay. METHODS:Participants were prospectively enrolled between 04/2016 and 06/2017. Consecutive serum samples were collected at five points: day 0 (the day before surgery), postoperative day 4, weeks 2-4, months 2-4 and months 5-7. In total, 92 patients and 352 samples were included. The kinetic change in SCC-Ag levels and their associations with clinicopathological characteristics were studied. RESULTS:Simoa SCC-Ag was validated by comparison with the Architect assay. SCC-Ag levels measured by the Simoa assay were highly correlated with the Architect assay's levels (Pearson's correlation coefficient = 0.979, Passing-Bablok regression slope 0.894 (0.847 to 0.949), intercept - 0.009 (- 0.047 to 0.027)). The median values for each time-point detected by the Simoa assay were 2.49, 0.66, 0.61, 0.72, and 0.71 ng/mL, respectively. The SCC-Ag levels decreased dramatically after surgery and then stabilized and fluctuated to some extent within 6 months. Patients with certain risk factors had significantly higher SCC-Ag values than their negative counterparts before surgery and at earlier time points after surgery, while no difference existed at the end of observation. Furthermore, although patients with positive lymph nodes had sustained higher SCC-Ag levels compared to those with negative lymph nodes, similar kinetic patterns of SCC-Ag levels were observed after surgery. Patients who received postoperative treatment had significantly higher SCC-Ag values than those with surgery only at diagnosis, while no difference existed after treatment. CONCLUSIONS:The Simoa SCC-Ag prototype was established for clinical settings. The SCC-Ag levels were higher in patients with risk factors, whereas the kinetic trend of SCC-Ag might be mainly affected by postoperative adjuvant therapy. These data indicate that the SCC-Ag level might be a good predictor for the status of cervical cancer, including disease aggressiveness and treatment response.

METHODS:INTRODUCTION:Australia has recently implemented major changes in cervical cancer prevention policies including introduction of primary human papillomavirus (HPV) screening starting at age 25, and replacement of the quadrivalent HPV vaccine with the nonavalent vaccine in the national school-based program. We assessed the feasibility and utility of conducting HPV testing in residual clinical specimens submitted for routine Chlamydia trachomatis screening, as a means of tracking HPV vaccine program impact among young sexually active women. METHODS:De-identified residual specimens from women aged 16-24 years submitted for chlamydia testing were collected from three pathology laboratories in Victoria and New South Wales. Limited demographic information, and chlamydia test results were also collected. Patient identifiers were sent directly from the laboratories to the National HPV Vaccination Program Register, to obtain HPV vaccination histories. Samples underwent HPV genotyping using Seegene Anyplex II HPV 28 assay. RESULTS:Between April and July 2018, 362 residual samples were collected, the majority (60.2%) of which were cervical swabs. Demographic data and vaccination histories were received for 357 (98.6%) women (mean age 21.8, SD 2.0). Overall, 65.6% of women were fully vaccinated, 9.8% partially, and 24.7% unvaccinated. The majority (86.0%) resided in a major city, 35.9% were classified in the upper quintile of socioeconomic advantage and chlamydia positivity was 7.8%.The prevalence of quadrivalent vaccine-targeted types (HPV6/11/16/18) was 2.8% (1.5-5.1%) overall with no differences by vaccination status (p = 0.729). The prevalence of additional nonavalent vaccine-targeted types (HPV31/33/45/52/58) was 19.3% (15.6-23.8%). One or more oncogenic HPV types were detected in 46.8% (95% CI 41.6-52.0%) of women. CONCLUSIONS:HPV testing of residual chlamydia specimens provides a simple, feasible method for monitoring circulating genotypes. Applied on a larger scale this method can be utilised to obtain a timely assessment of nonavalent vaccine impact among young women not yet eligible for cervical screening.

METHODS::Human papillomavirus (HPV) type 58 is the third most commonly detected HPV type in cervical cancer among Eastern Asians. Our previous international epidemiological studies revealed that a HPV58E7 natural variant, T20I/G63S (designated as V1), was associated with a higher risk of cervical cancer. We recently showed that V1 possesses a greater ability to immortalise and transform primary cells, as well as degrading pRB more effectively than the prototype and other common variants. In this study, we performed a series of phenotypic and molecular assays using physiologically relevant in vitro and in vivo models to compare the oncogenicity of V1 with that of the prototype and other common natural variants. Through activation of AKT and K-Ras/ERK signalling pathways, V1 consistently showed greater oncogenicity compared with prototype and other variants, as demonstrated by increased cell proliferation, migration and invasion, as well as induction of larger tumours in athymic nude mice. This study complements our previous epidemiological and molecular observations pinpointing the higher oncogenicity of V1 compared with prototype and all other common variants. Since V1 is more commonly found in Eastern Asia, our report provides insight into the design of HPV-screening assays and selection of components for HPV vaccines in this region.IMPORTANCE Epidemiological studies have revealed that a wild type variant of HPV58 carrying an E7 variation, T20I/G63S (V1), is associated with a higher risk of cervical cancer. We previously reported that this increased oncogenicity could be the result of its greater ability to degrade pRB, thereby leading to an increased ability to grow in an anchorage-independent manner. In addition to this, this report further showed that this HPV variant induced activation of AKT and K-Ras/ERK signalling pathways, thereby, explaining its genuine oncogenicity in promoting cell proliferation, migration, invasion, and formation of tumours, all to a greater extent than prototype HPV58 and other common variants.