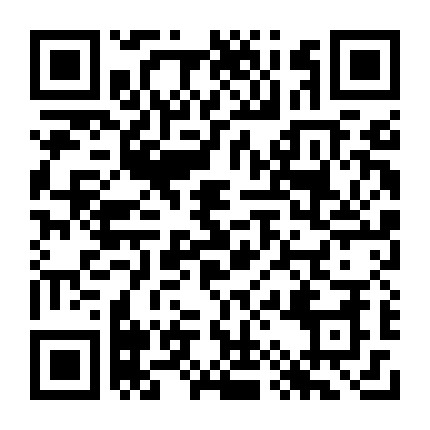 BACKGROUND:Many pediatric patients with inflammatory bowel disease (IBD) lose response to infliximab (IFX) within the first year, and achieving a minimal target IFX trough concentration is associated with higher remission rates and longer durability. Population pharmacokinetic (PK) modeling can predict trough concentrations for individualized dosing. The object of this study was to refine a population PK model that accurately predicts individual IFX exposure during maintenance therapy using longitudinal real-practice data. METHODS:We exported data from the electronic health records of pediatric patients with IBD treated with originator IFX at a single center between January 2011 and March 2017. Subjects were divided into discovery and validation cohorts. A population PK model was built and then validated. RESULTS:We identified 228 pediatric patients with IBD who received IFX and had at least 1 drug concentration measured, including 135 and 93 patients in the discovery and validation cohorts, respectively. Weight, albumin, antibodies to IFX (ATI) detected by a drug-tolerant assay, and erythrocyte sedimentation rate (ESR) were identified as covariates significantly associated with IFX clearance and incorporated into the model. The model exhibited high accuracy for predicting target IFX trough concentrations with an area under the receiver operating characteristic curve (AUROC) of 0.86 (95% confidence interval [CI], 0.81-0.91) for population-based predictions without prior drug-level input. Accuracy increased further for individual-based predictions when prior drug levels were known, with an AUROC of 0.93 (95% CI, 0.90-0.97). CONCLUSIONS:A population PK model utilizing weight, albumin, ordinal drug-tolerant ATI, and ESR accurately predicts IFX trough concentrations during maintenance therapy in real-practice pediatric patients with IBD. This model, which incorporates dynamic clinical information, could be used for individualized dosing decisions to increase response durability.

METHODS::Chronic diseases, including inflammatory bowel disease (IBD) urgently need new biomarkers as a significant proportion of patients, do not respond to current medications. Inflammation is a common factor in these diseases and microbial sensing in the intestinal tract is critical to initiate the inflammation. We have identified ELMO1 (Engulfment and Cell Motility Protein-1) as a microbial sensor in epithelial and phagocytic cells that turns on inflammatory signals. Using a stem-cell-based "gut-in-a-dish" coculture model, we studied the interactions between microbes, epithelium and monocytes in the context of IBD. To mimic the in-vivo cell physiology, enteroid-derived monolayers (EDMs) were generated from the organoids isolated from WT and ELMO1-/- mice and colonic biopsies of IBD patients. The EDMs were infected with the IBD-associated microbes to monitor the inflammatory responses. ELMO1-depleted EDMs displayed a significant reduction in bacterial internalization, a decrease in pro-inflammatory cytokine productions and monocyte recruitment. The expression of ELMO1 is elevated in the colonic epithelium and in the inflammatory infiltrates within the lamina propria of IBD patients where the higher expression is positively correlated with the elevated expression of pro-inflammatory cytokines, MCP-1 and TNF-α. MCP-1 is released from the epithelium and recruits monocytes to the site of inflammation. Once recruited, monocytes require ELMO1 to engulf the bacteria and propagate a robust TNF-α storm. These findings highlight that the dysregulated epithelial ELMO1→MCP-1 axis can serve as an early biomarker in the diagnostics of IBD and other inflammatory disorders.

METHODS::Inflammatory bowel diseases (IBDs) are chronic inflammatory disorders with a complex pathogenesis, affecting people of all ages. They are characterized by alternating phases of clinical relapse and remission, depending on the fine balance between immune cells and the gut microbiota. The cross talk between cells of the immune system and the gut microbiota can result in either tolerance or inflammation, according to multifactorial triggers, ranging from environmental factors to genetic susceptibility. Glucocorticoid (GC) administration remains the first-line treatment for IBDs, although long-term use is limited by development of serious adverse effects. Recently, new alternative pharmacological therapies have been developed, although these are not always effective in IBD patients. There is a constant demand for effective new drug targets to guarantee total remission and improve the quality of life for IBD patients. The glucocorticoid-induced leucine zipper (GILZ) has been implicated as a promising candidate for this purpose, in view of its powerful anti-inflammatory effects that mimic those of GCs while avoiding their unwanted adverse reactions. Here we present and discuss the latest findings about the involvement of GILZ in IBDs.