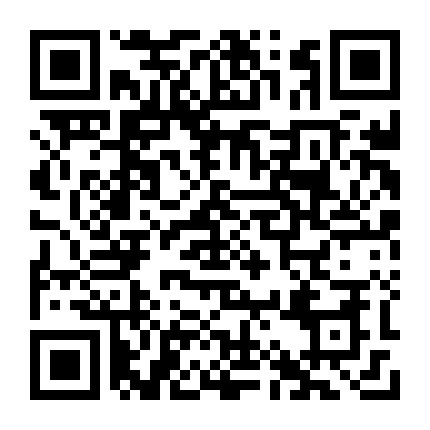 Stress and the impact on the outcome of medically assisted reproduction.

OBJECTIVES:There is evidence to suggest that high perceived stress in early pregnancy is associated with increased rates of miscarriage. Our objective was to determine if psychological stressors have an impact on medically assisted reproduction (MAR) cycle outcomes including miscarriage rates. STUDY DESIGN:A survey-based study of women recruited prior to commencing MAR treatment and followed prospectively for treatment outcome (negative/positive pregnancy test, miscarriage) during the study period 2013-2015. The survey focused on perceived stress, emotional well-being, maternal social support and outlook. The women were asked to grade their responses according to a specified scale. RESULTS:320 women responded to the survey (response rate 64 %, 320/498). 290 (90 %, 290/320) women proceeded to MAR of which 58 % (n = 167/290) conceived. Analysis of stressful life events in the preceding 12 months, including job stress or serious financial problems did not reveal significance in terms of conception. A small number had experienced serious illness in the preceding 12 months which demonstrated significance in terms of not achieving pregnancy. Overall, there were high rates of emotional wellbeing, very high rates of maternal support and medium to low levels of perceived stress and this did not differ amongst those who conceived and failed to conceive. The data were further analysed according to livebirth and miscarriage (biochemical pregnancy and miscarriage). Analysis of stressful life events revealed a higher rate of miscarriage amongst those who reported a stressful/demanding job (p < 0.05). A number of women reported non-specified stressful life events and separation/divorce in higher numbers amongst the miscarriage group, reaching statistical significance, however the numbers are small thus limiting interpretation. Psychological factors had no impact on the risk of miscarriage amongst the group. CONCLUSION:This study suggests that stressors do not impact greatly on conception rates from MAR but may negatively impact on miscarriage rates. Job-related stress, in particular, is associated with higher risk of miscarriage. This suggests that there may be a role for stress management in early pregnancy.

METHODS:BACKGROUND:Controlled ovarian stimulation (COS) has a negative effect on the endometrial receptivity compared with natural menstrual cycle. Whether it's necessary to postpone the first frozen embryo transfer (FET) following a freeze-all strategy in order to avoid any residual effect on endometrial receptivity consequent to COS was inconclusive. OBJECTIVE:The purpose of this retrospective study was to explore whether the delayed FET improve the live birth rate and neonatal outcomes stratified by COS protocols after a freeze-all strategy. METHODS:A total of 4404 patients who underwent the first FET cycle were enrolled in this study between April 2014 to December 2017, and were divided into immediate (within the first menstrual cycle following withdrawal bleeding) or delayed FET (waiting for at least one menstrual cycle and the transferred embryos were cryopreserved for less than 6 months). Furthermore, each group was further divided into two subgroups according to COS protocols, and the pregnancy and neonatal outcomes were analyzed between the immediate and delayed FET following the same COS protocol. RESULTS:When FET cycles following the same COS protocol, there was no significant difference regarding the rates of live birth, implantation, clinical pregnancy, multiple pregnancy, early miscarriage, premature birth and stillbirth between immediate and delayed FET groups. Similarly, no significant differences were found for the mean gestational age, the mean birth weight, and rates of low birth weight and very low birth weight between the immediate and delayed FET groups. The sex ratio (male/female) and the congenital anomalies rate also did not differ significantly between the two FET groups stratified by COS protocols. CONCLUSION:Regardless of COS protocols, FET could be performed immediately after a freeze-all strategy for delaying FET failed to improve reproductive and neonatal outcomes.

METHODS:OBJECTIVE:To evaluate the effect of oral diosmin on the incidence and severity of ovarian hyperstimulation syndrome (OHSS) and explore the value of diosmin in preventing and treating OHSS. METHOD:A retrospective study of women attending a reproductive center in Guangzhou, China, between September and December 2016. The inclusion criterion was previous cancellation of embryo transfer after oocyte retrieval during IVF owing to a high risk of OHSS. The women were divided into two groups depending on whether they received oral diosmin (1000 mg twice daily for 10 days) after oocyte retrieval (diosmin group) or not (control group). Apart from diosmin, both groups underwent the same treatment. Baseline information and data related to OHSS were compared. RESULTS:Overall, 146 women were included: 74 in the diosmin group and 72 in the control group. The incidence of moderate-to-severe OHSS in the diosmin and control groups was 5/74 (6.2%) and 14/72 (13.4%), respectively (P=0.027). The control group included four cases of paracentesis due to ascites; there were no cases of paracentesis or severe OHSS in the diosmin group. CONCLUSION:Oral administration of diosmin effectively reduced both the incidence of moderate-to-severe OHSS and the severity of OHSS among high-risk women.

METHODS::Recurrent implantation failure (RIF) remains a clinical dilemma. Helium-Neon (He-Ne) laser irradiation has recently become more popular under certain clinical conditions. Given the unique therapeutic effects, we were interested in determining whether pretreatment with He-Ne laser irradiation prior to frozen-thawed embryo transfer (FET) would improve the microcirculation and cause the release of growth factors and cytokines, thus improving endometrial receptivity and the clinical pregnancy rates. Patients chose for themselves whether to proceed with (n = 29) or without (n = 31) pretreatment with He-Ne laser irradiation prior to FET. The clinical pregnancy rate (37.9%) and implantation rate (20.3%) were higher in the laser-treatment group than in the control group (35.5% and 15.9%, respectively, p = .844 and .518, respectively). The live birth rate was higher in the laser-treatment group (27.6% vs. 25.8%, respectively, p = .876) and the miscarriage rate was lower in the laser-treatment group (18.2% and 27.3%, respectively, p = .611). No side effects or complications from laser irradiation were encountered in patients who received the laser treatment. We concluded that pretreatment with He-Ne laser prior to FET may be an alternative choice for RIF-affected women; however, additional well-designed prospective studies are necessary to determine the precise clinical value of this treatment.