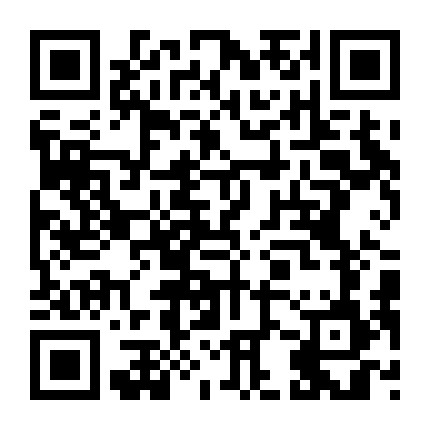 An Epidemiological Study of Chinese Children with Developmental Dyslexia.

OBJECTIVE:The epidemiological studies of Chinese developmental dyslexia (DD) in China are still limited. The current study aimed to investigate the prevalence rate, risk factors, and psychiatric comorbidities of Chinese DD in Guangzhou, a city in South China. METHOD:A total of 1661 students from second to fifth grades were recruited. The dyslexic students were identified by evaluating learning disability through the Pupil Rating Scale-Revised Screening for Learning Disability (PRS) scale by the head teachers and word recognition through the standard test. Students with a PRS score of <65 received the Raven's test, and those with intelligence quotient scores below 80 in the Raven's test were excluded. Psychiatric comorbidities were assessed by the Strength and Difficulties Questionnaire completed by parents. RESULTS:The prevalence rate of Chinese DD was 4.9% in Guangzhou city. There were significant differences in gender, the paternal educational level, and reading experience before the age of 6 years between the DD group and the non-DD group. Male gender (odds ratio [OR] = 4.17), low paternal educational level (p = 0.045), and lack of reading experience before the age of 6 years (OR = 1.99) were the risk factors for DD. The DD cases had a higher risk of hyperactivity and inattention (OR = 3.21). CONCLUSION:This study showed that the prevalence rate of DD was 4.9% in Guangzhou city. Male gender, low paternal educational level, and lack of reading experience before the age of 6 years were the risk factors for Chinese DD. The high comorbidity rate of hyperactivity and inattention in the Chinese DD population needs further evaluation.

METHODS:Abstract Background Attention-deficit/hyperactivity disorder (ADHD) is a psychosocially impairing and cost-intensive mental disorder, with first symptoms occurring in early childhood. It can usually be diagnosed reliably at preschool age. Early detection of children with ADHD symptoms and an early, age-appropriate treatment are needed in order to reduce symptoms, prevent secondary problems and enable a better school start. Despite existing ADHD treatment research and guideline recommendations for the treatment of ADHD in preschool children, there is still a need to optimise individualised treatment strategies in order to improve outcomes. Therefore, the ESCApreschool study (Evidence-Based, Stepped Care of ADHD in Preschool Children aged 3 years and 0 months to 6 years and 11 months of age (3;0 to 6;11 years) addresses the treatment of 3–6-year-old preschool children with elevated ADHD symptoms within a large multicentre trial. The study aims to investigate the efficacy of an individualised stepwise-intensifying treatment programme. Methods The target sample size of ESCApreschool is 200 children (boys and girls) aged 3;0 to 6;11 years with an ADHD diagnosis according to Diagnostic and Statistical Manual of Mental Disorders, Fifth Edition (DSM-5) or a diagnosis of oppositional defiant disorder (ODD) plus additional substantial ADHD symptoms. The first step of the adaptive, stepped care design used in ESCApreschool consists of a telephone-assisted self-help (TASH) intervention for parents. Participants are randomised to either the TASH group or a waiting control group. The treatment in step 2 depends on the outcome of step 1: TASH responders without significant residual ADHD/ODD symptoms receive booster sessions of TASH. Partial or non-responders of step 1 are randomised again to either parent management and preschool teacher training or treatment as usual. Discussion The ESCApreschool trial aims to improve knowledge about individualised treatment strategies for preschool children with ADHD following an adaptive stepped care approach, and to provide a scientific basis for individualised medicine for preschool children with ADHD in routine clinical care. Trial registration The trial was registered at the German Clinical Trials Register (DRKS) as a Current Controlled Trial under DRKS00008971 on 1 October 2015. This manuscript is based on protocol version 3 (14 October 2016).

METHODS:Prefrontal volume reductions commonly are demonstrated in ADHD, but the literature examining prefrontal volume in reading disorders (RD) is scant despite their also having executive functioning (EF) deficits. Furthermore, only a few anatomical studies have examined the frontal lobes in comorbid RD/ADHD, though they have EF deficits similar to RD and ADHD. Hence, we examined frontal gyri volume in children with RD, ADHD, RD/ADHD and controls, as well as their relationship to EF for gyri found to differ between groups. We found right inferior frontal (RIF) volume was smaller in ADHD, and smaller volume was related to worse behavioral regulation. Left superior frontal (LSF) volume was larger in RD than ADHD, and its size was negatively related to basic reading ability. Left middle frontal (LMF) volume was largest in RD/ADHD overall. Further, its volume was not related to basic reading nor behavioral regulation but was related to worse attentional control, suggesting some specificity in its EF relationship. When examining hypotheses on the etiology of RD/ADHD, RD/ADHD was commensurate with ADHD in RIF volume and both RD and ADHD in LSF volume (being midway between the groups), consistent with the common etiology hypothesis. Nevertheless, they also had an additional gyrus affected: LMF, consistent with the cognitive subtype hypothesis in its specificity to RD/ADHD. The few other frontal aMRI studies on RD/ADHD supported both hypotheses as well. Given this, future research should continue to focus on frontal morphology in its endeavors to find neurobiological contributors to the comorbidity between RD and ADHD.

METHODS:BACKGROUND:Mechanistic endophenotypes can inform process models of psychopathology and aid interpretation of genetic risk factors. Smaller total brain and subcortical volumes are associated with attention-deficit hyperactivity disorder (ADHD) and provide clues to its development. This study evaluates whether common genetic risk for ADHD is associated with total brain volume (TBV) and hypothesized subcortical structures in children. METHODS:Children 7-15 years old were recruited for a case-control study (N = 312, N = 199 ADHD). Children were assessed with a multi-informant, best-estimate diagnostic procedure and motion-corrected MRI measured brain volumes. Polygenic scores were computed based on discovery data from the Psychiatric Genomics Consortium (N = 19 099 ADHD, N = 34 194 controls) and the ENIGMA + CHARGE consortium (N = 26 577). RESULTS:ADHD was associated with smaller TBV, and altered volumes of caudate, cerebellum, putamen, and thalamus after adjustment for TBV; however, effects were larger and statistically reliable only in boys. TBV was associated with an ADHD polygenic score [β = -0.147 (-0.27 to -0.03)], and mediated a small proportion of the effect of polygenic risk on ADHD diagnosis (average ACME = 0.0087, p = 0.012). This finding was stronger in boys (average ACME = 0.019, p = 0.008). In addition, we confirm genetic variation associated with whole brain volume, via an intracranial volume polygenic score. CONCLUSION:Common genetic risk for ADHD is not expressed primarily as developmental alterations in subcortical brain volumes, but appears to alter brain development in other ways, as evidenced by TBV differences. This is among the first demonstrations of this effect using molecular genetic data. Potential sex differences in these effects warrant further examination.