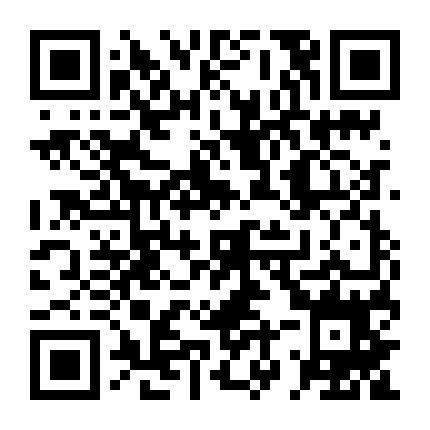 :In pure-coordination games where there are multiple Nash equilibria, the selection of coordinated responses is inexplicable by rational-choice theory - yet coordination is ubiquitous in daily interactions. The psychological game theory therefore evokes the idea of focal-points: some equilibria being chosen due to its salience, as well as through predicting (i.e., mentalizing) other's response. Previous work has been limited to investigating how structural atrophy relates to deficits in coordination, or how brain activations differ between intuitive and deliberated coordination. In this study, we investigated how the strategy of coordination is reflected in the brain, compared to when no coordination is required. Using functional near-infrared spectroscopy (fNIRS), we examined the neural correlates of deriving a response to a category where participants had to either answer freely (i.e., a survey) or try to match their response with another participant (i.e., coordinate). We found that the coordination trials elicited significantly larger changes in oxyhemoglobin [HbO] concentration than survey trials in frontopolar and lateral prefrontal cortex (PFC). Individual differences in behavioral focal index was significantly correlated with [HbO] concentration in lateral PFC. Granger Causality (GC) analysis revealed greater effective connectivity from frontopolar to lateral PFC, and less GC from lateral PFC to frontopolar in the coordination condition. Our findings highlight the crucial role of frontopolar and lateral PFC in human coordination.

METHODS::In recent years, transcranial electrical stimulation (tES) has been used to improve cognitive and perceptual abilities and to boost learning. In the visual domain, transcranial random noise stimulation (tRNS), a type of tES in which electric current is randomly alternating in between two electrodes at high frequency, has shown potential in inducing long lasting perceptual improvements when coupled with tasks such as contrast detection. However, its cortical mechanisms and online effects have not been fully understood yet, and it is still unclear whether these long-term improvements are due to early-stage perceptual enhancements of contrast sensitivity or later stage mechanisms such as learning consolidation. Here we tested tRNS effects on multiple spatial frequencies and orientation, showing that tRNS enhances detection of a low contrast Gabor, but only for oblique orientation and high spatial frequency (12 cycles per degree of visual angle). No improvement was observed for low contrast and vertical stimuli. These results indicate that tRNS can enhance contrast sensitivity already after one training session, however this early onset is dependent on characteristics of the stimulus such as spatial frequency and orientation. In particular, the shallow depth of tRNS is likely to affect superficial layers of the visual cortex where neurons have higher preferred spatial frequencies than cells in further layers, while the lack of effect on vertical stimuli might reflect the optimization of the visual system to see cardinally oriented low contrast stimuli, leaving little room for short-term improvement. Taken together, these results suggest that online tRNS effects on visual perception are the result of a complex interaction between stimulus intensity and cortical anatomy, consistent with previous literature on brain stimulation.

METHODS:OBJECTIVE:There is growing interest in treating diseases by electrical stimulation and block of peripheral autonomic nerves, but a paucity of studies on excitation and block of small diameter autonomic axons. We conducted in vivo quantification of the strength-duration properties, activity-dependent slowing (ADS), and responses to kilohertz frequency (KHF) signals for the rat vagus nerve (VN). APPROACH:We conducted acute in vivo experiments in urethane-anesthetised rats. We placed two cuff electrodes on the left cervical VN and one cuff electrode on the anterior subdiaphragmatic VN. The rostral cervical cuff was used to deliver pulses to quantify recruitment and ADS. The caudal cervical cuff was used to deliver KHF signals. The subdiaphragmatic cuff was used to record compound action potentials (CAPs). MAIN RESULTS:We quantified the input-output recruitment and strength-duration curves. Fits to the data using standard strength-duration equations were qualitatively similar, but the resulting chronaxie and rheobase estimates varied substantially. We measured larger thresholds for the slowest fibres (0.5 to 1 m/s), especially at shorter pulse widths. Using a novel cross-correlation CAP-based analysis, we measured ADS of ~2.3% after 3 min of 2 Hz stimulation, which is comparable to ADS reported for sympathetic efferents in somatic nerves, but much smaller than ADS in cutaneous nociceptors. We found greater ADS with higher stimulation frequency and non-monotonic changes in CV in select cases. We found monotonically increasing block thresholds across frequencies from 10 to 80 kHz for both fast and slow fibres. Further, following 25 s of KHF signal, neural conduction could require tens of seconds to recover. SIGNIFICANCE:The quantification of mammalian autonomic nerve responses to conventional and KHF signals provides essential information for development of peripheral nerve stimulation therapies and for understanding their mechanisms of action.

METHODS:BACKGROUND:Early accounts of forced thought were reported at the onset of a focal seizure, and characterized as vague, repetitive, and involuntary intellectual auras distinct from perceptual or psychic hallucinations or illusions. Here, we examine the neural underpinnings involved in conceptual thought by presenting a series of 3 patients with epilepsy reporting intrusive thoughts during electrical stimulation of the left lateral prefrontal cortex (PFC) during invasive surgical evaluation. We illustrate the widespread networks involved through two independent brain imaging modalities: resting state functional magnetic resonance imaging (fMRI) (rs-fMRI) and task-based meta-analytic connectivity modeling (MACM). METHODS:We report the clinical and stimulation characteristics of three patients with left hemispheric language dominance who demonstrate forced thought with functional mapping. To examine the brain networks underlying this phenomenon, we used the regions of interest (ROI) centered at the active electrode pairs. We modeled functional networks using two approaches: (1) rs-fMRI functional connectivity analysis, representing 81 healthy controls and (2) meta-analytic connectivity modeling (MACM), representing 8260 healthy subjects. We also determined the overlapping regions between these three subjects' rs-fMRI and MACM networks through a conjunction analysis. RESULTS:We identified that left PFC was associated with a large-scale functional network including frontal, temporal, and parietal regions, a network that has been associated with multiple cognitive functions including semantics, speech, attention, working memory, and explicit memory. CONCLUSIONS:We illustrate the neural networks involved in conceptual thought through a unique patient population and argue that PFC supports this function through activation of a widespread network.